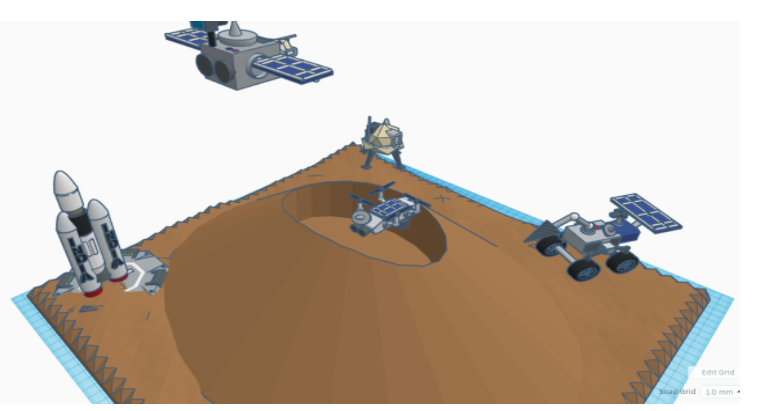 Introduction
This project is presented by K.V Sai Vishruth, 10 years old, studying in National Public School, Chennai. The main objective of this project is to explore and analyse the Martian volcano- Olympus Mons, the tallest and largest volcano in the Solar System.

Content
This project consists of: Satellite (that carries all of the below to Mars) Lander Drone Rover 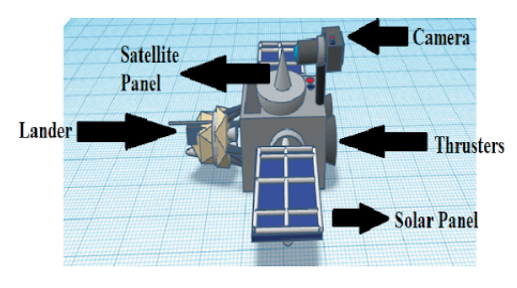 Satellite- The satellite is based on the MOM (Mars Orbiter Mission) by ISRO. It will carry the lander, rover and drone with it. Upon reaching Mars, it will get closer and closer and finally deploy the Lander (which houses the rover and drone inside). Once it deploys the lander, the satellite will continue orbiting Mars, taking pictures and researching about the Red Planet.

Lander
When deployed, it will steady its fall by firing thrusters. Upon reaching the peak of Olympus Mons, it will deploy a drone, and when the lander finally reaches the ground, it will position the rover on the Martian surface. Soon after the rover does its assigned tasks, it will re-enter the lander. The thrusters of the lander generate enough thrust to reach Mars’ escape velocity (5.03 km/s) After exiting the red planet, the lander (with the rover inside) will pair up with the satellite and return to Earth.

Drone
The drone will enter the volcano and do many important experiments such as finding out if the volcano is active or not, recording the temperatures with its infrared camera, and so on. It will then relay the results of the experiments back to our blue Planet. 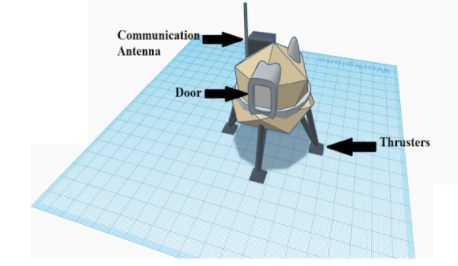 Conclusion
This project will help us to deepen our understanding about the volcanic activity of the Red Planet. For all we know, an ancientMartian civilization might have been wiped out by an eruption of this volcanic giant, and also, the minerals and ores present in the volcanic rock will be of great use to forge metals and many other advanced fields of research. We might also be able to create a small human settlement next to Olympus Mons. The possibilities are endless, so, let’s start exploring! 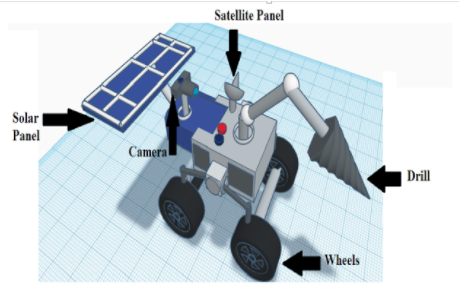