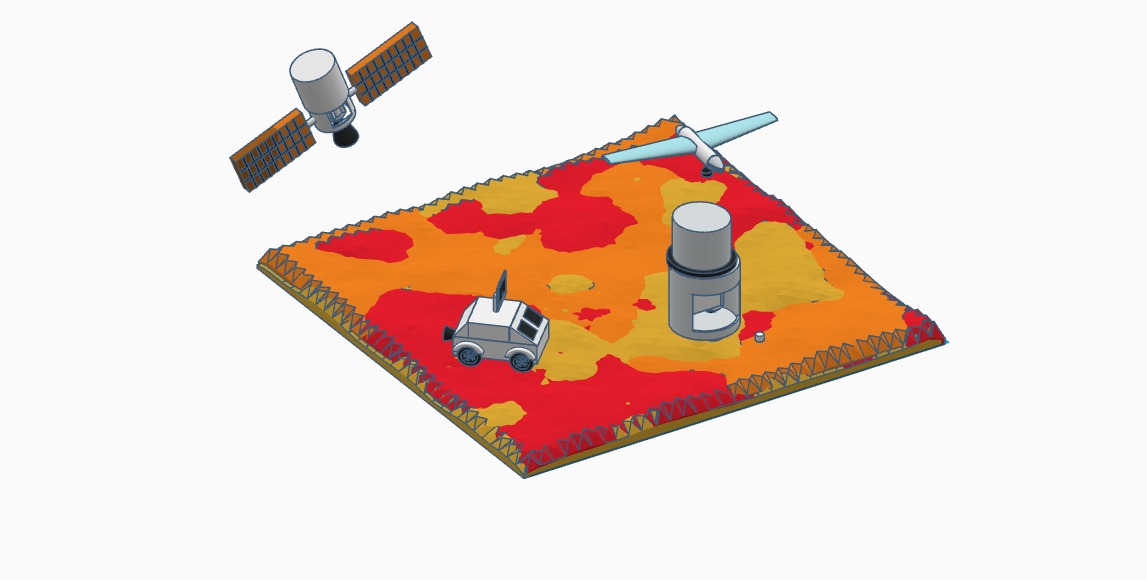 INTRODUCTION
This report is prepared by Ridhiman SS Kudachi, it is a simplistic idea on the possibility of sending manned missions to Mars leading to the possibility of limited human colonization. Following sections describe the details of my project.

The Mission.
The goal of the mission is to send astronauts to Mars. The living quarters of the astronauts is located in the entry module. The orbital module deploys a lander.

It has its own nuclear engine and orbital maneuvering system to land on Mars. The entry module has the communication center in it. The service module has all the space suits and equipment and the instrumentation module is used to propel the satellite. During re-entry only the instrumentation module will burn up. The parts of the satellite that are not supposed to blow up are blunt like the entry module.The satellite has a hybrid engine that is used to reach Mars.

The fuel is HTPB and the oxidizer is liquid oxygen. It has a pressure fed feed-system for attitude control. It has nuclear power as solar panels are not that useful so far away from the Sun. It is 65 meters in length and it will have a diameter of 41.5 meters. The nuclear engine islocate MODULE The orbital in the instrumentation module. 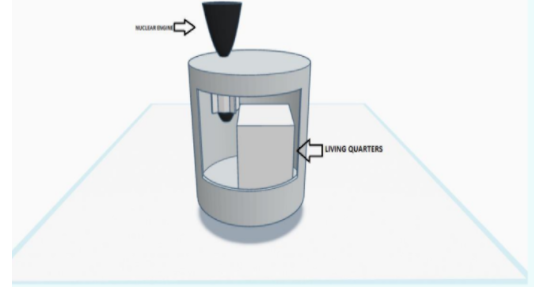 It is located on the left part of the satellite. It mainly functions as living quarters for the astronauts. The orbital module is upgraded to have a tiny nuclear engine and orbital maneuvering system, so it is capable of operating independently as a self-sustainable satellite after it is detached along with the service module.

It has sensors so that when the orbital module is reaching the ground the pillars will eject. Some astronauts are going to stay behind in the entry module to inform the crew in case anything goes wrong. It has a storage compartment that is used to store all the materials gathered from the Martian expedition. The storage compartment is in a vacuum to prevent the materials from mixing with the outside air to preserve them.The astronauts have a separate area in the orbital module to stay. The living quarters of the astronauts have a sucker toilet instead of a flush toilet as flushes won’t work in microgravity. The beds are different from the ones on Earth. Because of microgravity, the beds of the astronauts are stuck to the wall. The astronauts have to strap themselves to the bed to prevent themselves from floating in their sleep.

SERVICE MODULE
The service module is connected to the orbital module after it is detached to supply equipment before landing. It is used to store all the equipment like space suits, the MLV (Martian land vehicle), special containers that carry Martian soil/ice in them and the MAV (Martian aerial vehicle) The containers are made of a material that is able to withstand the freezing temperature of Mars as well as being able to withstand the huge amounts of rust on Mars. The material used will be a reinforced version of Indian steel as it doesn’t rust and can cope well with the cold. The materials gathered in the containers after the expedition are stored in a special compartment in the orbital module. The MLV or the Martian land vehicle is used to travel on land on Mars. It is mostly like a hybrid between a car, buggy, and a tiny rocket. It has a few special features to cope with the terrain. The ML Vhas an electric engine powered by nuclear instead of gasoline as there is no oxygen to burn there.

The rockets carry their own oxygen as there is very little oxygen on Mars. It has a rocket at the back to boost the MLV while scaling large mountains and volcanoes. It also has more weight as there is less gravity on Mars. The MLV is made of a rust-free material as there is a lot of rust on Martian soil. The MLV has a sensor on top of it to analyze the terrain far ahead that the astronauts cannot see. The sensor can send that information to the astronauts so they can change the direction of the MLV if there is something dangerous ahead. The MAV or the Martian aerial vehicle used to travel in the air on Mars. It looks like a hybrid between a rocket and a glider. The MAV has two rockets, one below the plane and one on the tail of the MAV. The rockets will carry their own oxygen as.MISSION MARS oxygen is in very low quantity on Mars.

The MAV wingspan will be very long as the air on Mars is not dense as compared to the air on Earth. The rockets will also be used to provide a boost during lift off as there is less dense air on Mars. The MAV will be able to fold its wings to minimize the amount of space it takes up. Both the MLV and MAV will be used to explore Martian landmarks like volcanoes, poles, mountains and find out the reason some unusual anomalies and patterns happen on Mars. 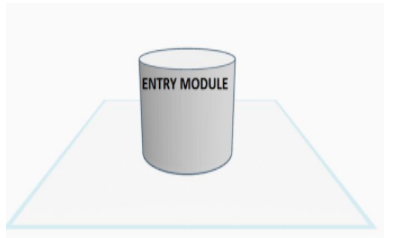