Parts of the Satellite
The Blue colored camera is the High resolution camera where it can see a 360 degree view and it is a multi band 12 megapixel imager too. To the right, the red coloured camera is the star tracker. It is because there is no GPS in space, star tracking is a method where the satellite uses the patterns of constellations to track and continue the journey to Mars. 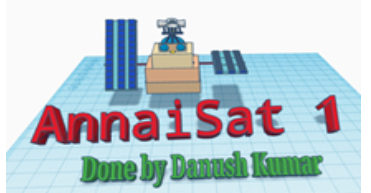 This is the Signal RecTrans (Receiver/Transmitter). It sends the processed data to the agency and receives instructions from the agency. Messages travel through space as radio waves, just like the radio waves that you receive with a car radio. Each spacecraft has a transmitter and a receiver for radio waves as well as a way of interpreting the information received and acting on it.

SOLAR PANELS
These are the Solar Panels. They are foldable to fit in the nose cone of the rocket 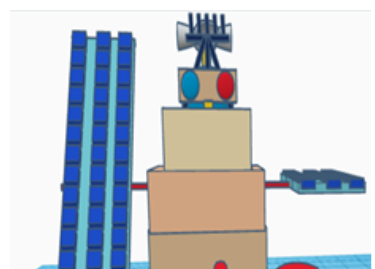 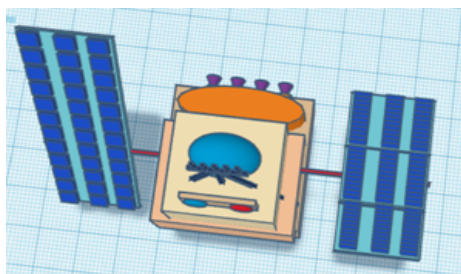