An unmanned aerial vehicle (UAV) is an aircraft that carries no human pilot or passengers. UAVs, sometimes called ‘Drones’ can be fully or partially autonomous but are more often controlled remotely by a human pilot. These find applications across many industries including entertainment, military, medical, rescue operations, etc. 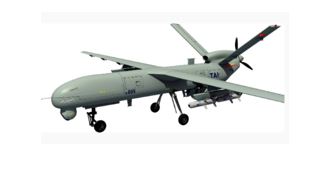 Drones can be classified as:

• Multi-Rotor Drones- These are the most common types of drones. They are used for a variety of applications like aerial photography, surveillance, etc. They are easy to manufacture and are relatively cheap. But they also contain downsides such as limited endurance, speed, and flying time. They can carry multiple payloads per flight.

• Fixed Wing Drones- These are completely different in design. They make use of wings which are typically seen on regular airplanes. Unlike multi-rotor drones, fixed-wing drones cannot hover in air. Instead, they move forward on their set course as long as their energy source permits. They can fly at higher altitudes other than rotary drones.

• Single Rotor Helicopters: They look similar in design and structure to actual helicopters. They consist of a single large-sized rotor and a small-sized one on its tail. They have a long lasting time flight.

• Fixed Wing Hybrid VTOL: As their name suggests, these are hybrid versions combining the benefits of Fixed-wing models and the Rotor-based models. This fusion could give them higher flying time with hovering capabilities. They provide greater endurance and can ability to cover longer distances.

The parts of the unmanned aerial vehicle are body, power supply, sensors, actuators, flight controls, and communications. UAVs are popular and preferable because of their smaller size, low weight, lesser vibrations, and high power-to-weight ratio. Since drones can be exposed to high wind currents, possible shocks, and occasional water ingress, components that are made for rugged use are necessary. All the components must be protected from harsh environment to provide reliable performance in outdoor conditions. For better endurance ‘drone cooling’ has been advised by the technical experts to avoid overheating and subsequent engine failures.

UAVs are typically used for missions that are considered dangerous for humans. Initially, the use of UAVs or drones was limited to military operations, but due to their versatility and durability, they are now being used in various sectors and applications, which include commercial, scientific, recreational, research, agricultural, policing, surveillance, product deliveries, aerial photography, infrastructure monitoring, drone racing, etc. It is also fascinating to know that civilian UAVs have now outnumbered military UAVs by a significant margin.