Past, Present and Future of Space

Space is a fascinating topic to think, talk, and learn. It is endless domain where the limitation could be one’s imagination. The dream of the human race to reach the space was accomplished for the first time when the Russian satellite Sputnik-1 orbited the Earth on 4th October 1957. Specialties of homo-sapiens are curiosity and are never satisfied. This led to studying all those things that were visible through telescopes. Yes, the next thing that humans explored was our natural satellite, the Moon.

Further, it was extended to our neighbouring planets Venus and Mars, then outer planets, and continued even to exit the solar system and travel into deep space. All these missions were carried out by machines i.e. spacecraft. Along with this came the next big thing that is sending Humans to Space. The first brave human to reach, survive, and return from space was Yuri Gagarin, a Soviet cosmonaut. All of this seems so magical, humans dreaming of space and ultimately being able to reach it. This shows that nothing is impossible! Once a dream now turned to reality. All that one need is a passion for achieving it. Other achievements include spacewalks, Extra-Vehicular Activity, space stay, and conducting experiments in a vacuum environment.

But the words quoted by the American Astronaut Neil Armstrong is just apt and defines the feeling of every human when he laid his first step on the Moon in the year 1969 i.e. “One small step for man, one giant leap for mankind”. Then many more astronauts proudly walked and rode on the surface of the Moon up to 1972. Though this entire space trip was fascinating, it made a huge hole in many government pockets, thus investing too much into fancy space travel almost stopped. 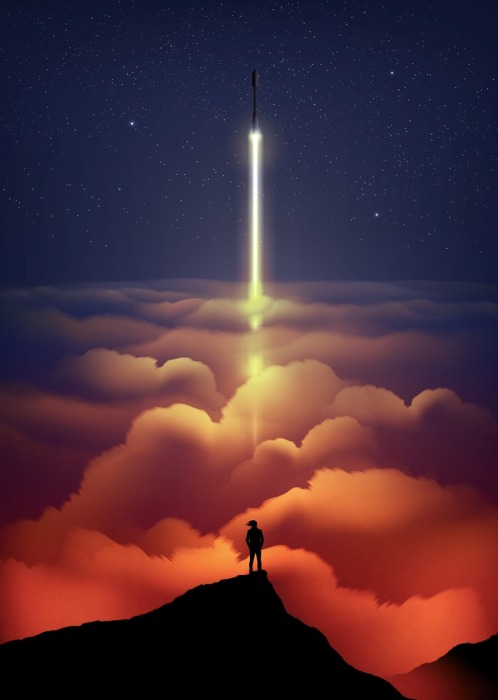 As time passed, the technological developments evolved. As they say- “Today’s technology is tomorrow obsolete.” It created a new wave for the revamp of space missions whose objective was not fascination or space race anymore, but meant for a wiser cause of connecting the world: thus, this became “a necessity.” The demand for satellites rocketed with increasing use in daily life. It could be met merely by making space launch both economical and efficient. It is also the present trend, where private space agencies like Blue Origin and SpaceX have come up with a pleasing solution i.e. to provide reusable launch vehicles to send satellites and humans to space.

In recent years, Elon Musk, founder of SpaceX has stolen the spotlight for all the space enthusiasts. This man has no limitations towards his ambitious space missions. Which can be seen right from launching his Tesla car “Roadster” with a dummy astronaut “Starman” during the test launch of Flacon Heavy up to launching two American Astronauts to the ISS (International Space Station) and bringing them back home safely in his Dragon Crew Capsule “Endeavour." SpaceX became the World’s first private space agency to send astronauts to space.

Space is not only meant for scientists but also accessible for civilians. Wait for what? Yes, that’s TRUE! Any individual with interest and lots of money can opt for “Space Tourism.” The companies that offer space tourism are: Roscosmos i.e. the Russian Space Agency, Virgin Galactic, and Blue Origin are both private US space agencies. 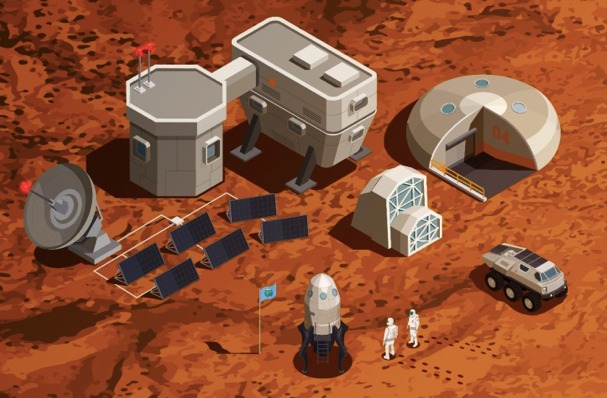 Mars ColonizationThe future of the Space industry is even more exciting. It is all about explorations and habitation of humans on the Moon, Mars, Titan, and more. Some of the near future promising projects are The Artemis mission i.e. sending astronauts to live and conduct experiments on the Moon for seven days. This mission will act as a base for future Mars exploration with humans. Another program is SpaceX’s Mars mission, where one hundred people will be sent to Mars and create colonization on the Red planet. The spacecraft for this mission is called “Starship.” Starship will not only fly for Mars travel but also intended to fly within the Earth that could reduce the travel time not longer than 60 min between any two locations on Earth.

In a matter of time, humans will be staying in space settlements that will be accessible via space elevators through which friends and families can travel to and fro at a reasonable cost. Maybe someday one might find a neighbour as intelligent as us!

Everything looks fantastic and makes us want to be a part of all these marvels. The pride of writing the creator’s name on the creation is beyond imagination. Nevertheless, this raises many questions in our mind: to make this a reality-what is the path one needs to take? What is one's interest? What should one learn about? Whom should one talk to? When should one start his/her preparation? And the list goes on.

Well answer to this is very simple, visit givemefive.ai where you can get end-to-end guidance and coach from Aerospace experts. At givemefive.ai tutors have both industrial and academic experience with which they provide a complete knowledge for kids from 7 to 18 years of age from lift-off to landing on other planets, building space settlements, exploring the universe, designing trajectories, flying around, and experimenting on celestial bodies and more.