3D Printing Technology is the process of obtaining a three-dimensional model by directly feeding the design with Computer-Aided Design (CAD). The model is typically built using a technique called additive manufacturing. Additive manufacturing is building an object by successive layering of material through automatic controls. 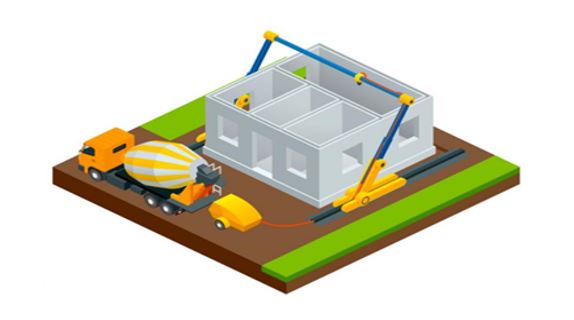 The recent improvement in the technologies has enabled producing the object in a much easier way, making it less complex and producing objects with more accuracy. Through this technology, it is possible to print metals using cobalt, stainless steel, and titanium similarly to plastic. It is known that the first solid object was printed using the digital design by Hideo Kodama from Japan of Nayoga Municipal Industrial Research Institute, but the true credit for the first 3D printer goes to Charles Hull from USA, who invented it in 1984. This technology evolved and has become more and more useful in industries at affordable prices. It has got a wide range of applications in research, medical, military, architecture, and many more.

3D printing models are either created through CAD designing or 3D object scanners. Before printing the object, it needs to be processed using software called “slicer” which converts the 3D model to a region of thin layers and produces a code called G-code, which is used to instruct the printer. The printer follows the G-code to successfully print the model layer by layer. It successively fuses the parts to form the complete model. 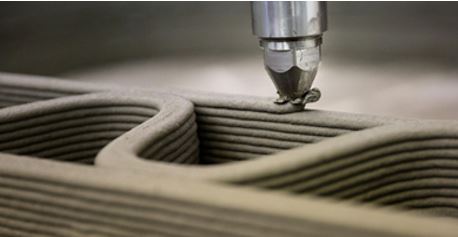 The main advantage of this technology is that it can print objects in any geometrical shape. The material being used is Poly Lactic Acid (PLA), which is biodegradable thermoplastic and is obtained from renewable resources. This means it is eco-friendly and is most preferred and is no harm to the human body. The initial step involves sintering where the material is heated to a certain temperature to obtain complex design objects. The structure is firm and melts at around 180-220℃, so the PLA is heated up to a temperature of 200℃ i.e., it reaches its melting point and starts melting, before printing. The printer has got X, Y, and Z axes moving alternatively to fill each layer in all the axes equally. The axes are adjusted initially at the center. The design is fed to the printer through a memory access card that contains G-code. Then as per the G-code instruction, the object is printed layer by layer. Then it is fused to form the whole object. 3D Printing Technology has given a wide range of opportunities to mankind to build the object of their imagination, helping in obtaining complex objects more easily and at lower cost.