Khwaish Panwar has her nature of a champion from her birth. She was very active in school and after reaching home would be hyper active. Looking at her traits we decided to send her to personal coaching classes of Mr Krishna (Taekwondo Instructor) apart from her regular school classes at the age of 6 years.

When she shifted to Bangalore, she joined International Taekwondo federation and is training under her coach Mr Manish D N.

This art is developing her skills, her self confidence and discipline and making her a better person as the day passes by. Since then she became more and more dedicated towards her self defence and her journey started as a sports person achieving great success for the Nation.

“ Congratulations for your Asians achievement ”
“ I want to see you on top of the world as the WORLD CHAMPION and see you as the 1st one to win the GOLD MEDAL for INDIA in JUNIOR WORLD CHAMPIONSHIPS and create the history . Your are the PRIDE OF INDIA, PRACTICE HARD, PLAY SMART , ALL THE BEST , THE BEST FIGHTER OF INDIA”

Thereafter she never looked back and have represented India at Various levels like Grade 1 (G1)Championship at World Taekwondo, South Asains, (in Goa- Gold medalist, and in Bangalore- 2 Gold Medals after defeating China), Asians ( 9th Asian Taekwondo Champiohips organised at Ulaanbaatar , Mongolia and won 1 Gold, 1 silver and 1 bronze medal for India) and World Championship at Minsk, Belarus.

There have been news paper article talking about her success and have been recognised at various platforms in school, , State Level, Zonal level and National Levels.

With more than a 100 medals to her kitty and 6 Best figher awards- 2 State level, 2 Zonal level and 2 National Level Best fighter Female category.

She Possess 1 Gold in World Taekwondo G1 competition in Hyderabad.Total 11 countries participated in the event.

To Her medal Tally she has added 1 Gold , 1 Silver and 1 Bronze Medal at the 9th Asian Taekwondo Championship organised at Mongolia in 2018. The national anthem sung at Mongolia and Indian flag flying high made all the participants from all countries to stand-up for the Honour she achieved.

She has represented ITF demo on the Legendary “The KAPIL SHARMA SHOW “ season 2 episode 84.

She has been a bright student in her school and in spite of her 4-8 hours training schedule, balances her studies well achieving various awards in school Olympiads and 100% scholarship for YCQ quiz contest.

She has been honoured various awards at school and has been incentivised through scholarships twice (year 2016 and 2018) by awarding her cash incentives for her sports achievements as well as academic achievements in school.

This project is gonna portray the least known martial art TAEKWONDO.
This sport is originated from Korea and it has two divisions.
1. ITF (International Taekwondo Fedration)
2. WT (World Taekwondo)
There are 10 stages in order to reach the final belt, it starts from white and ends at black. 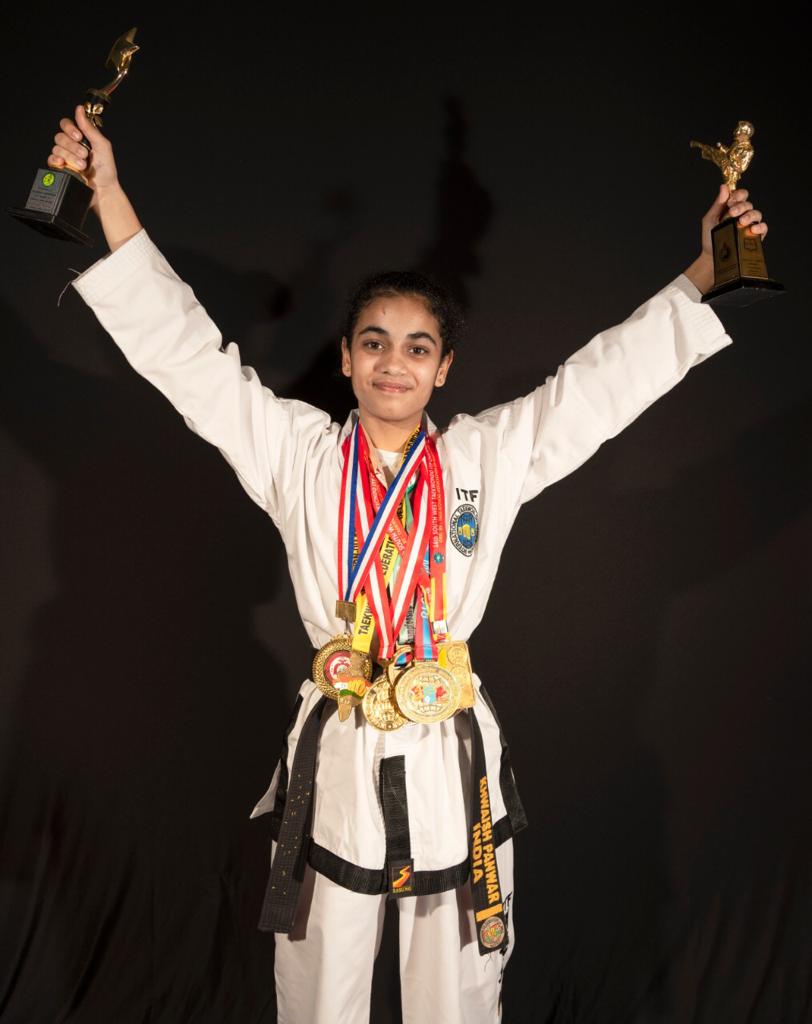 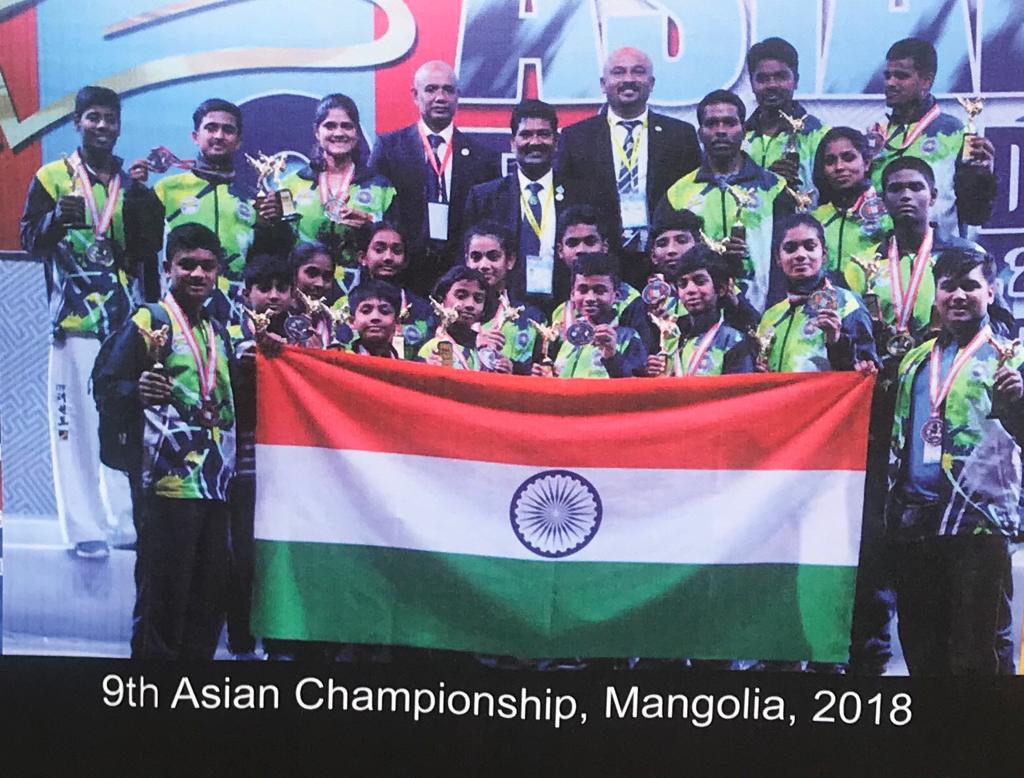 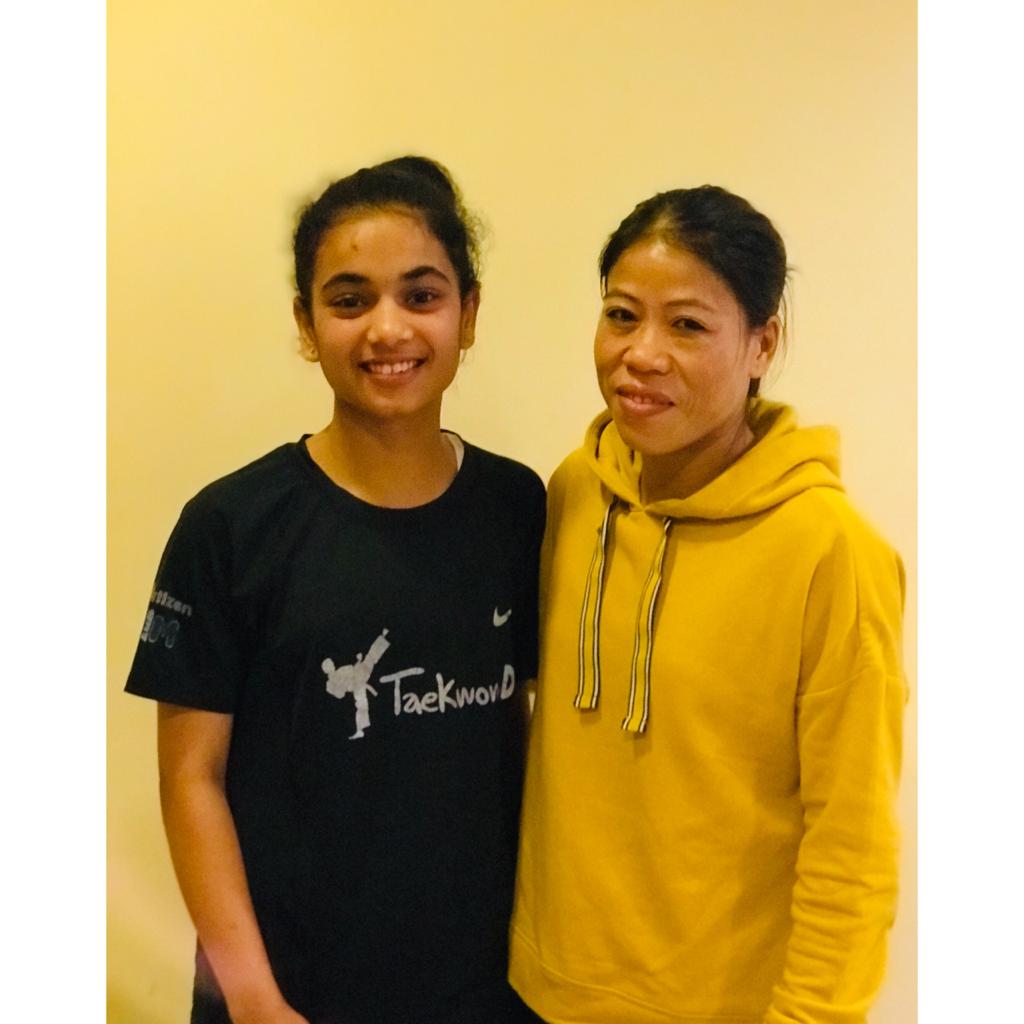 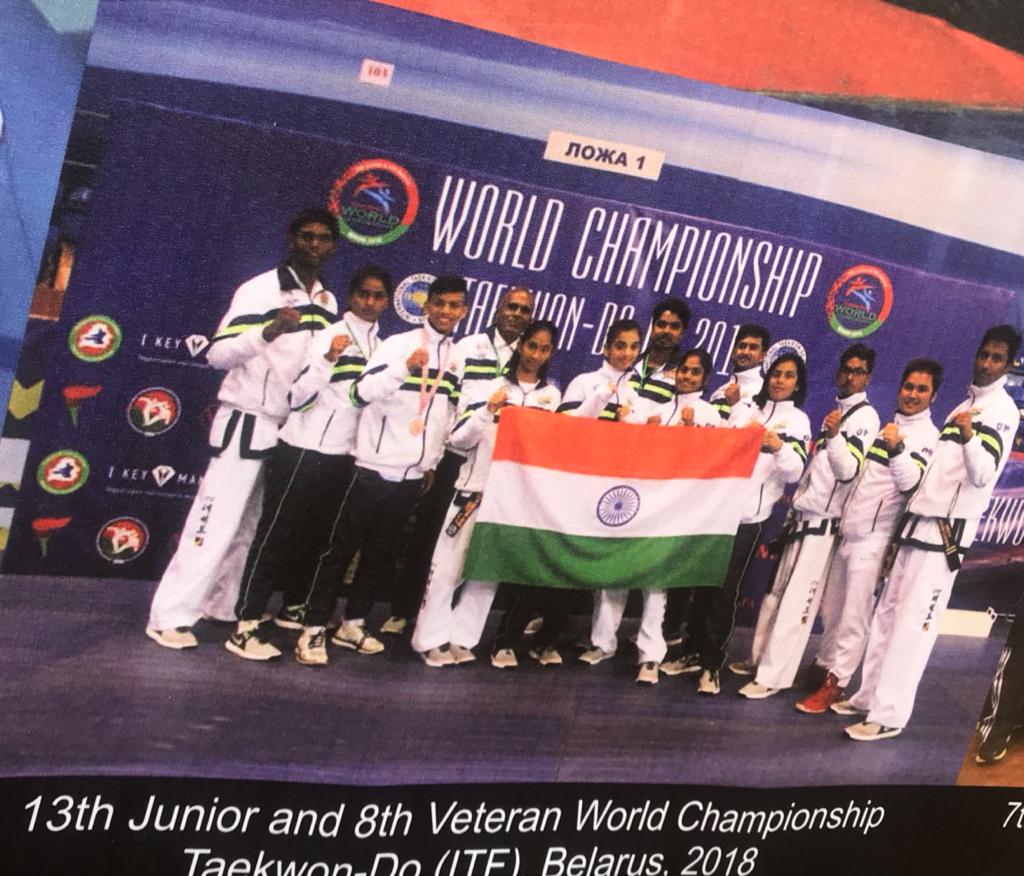 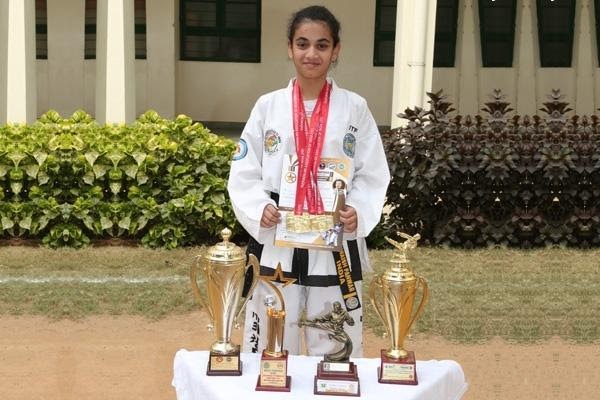 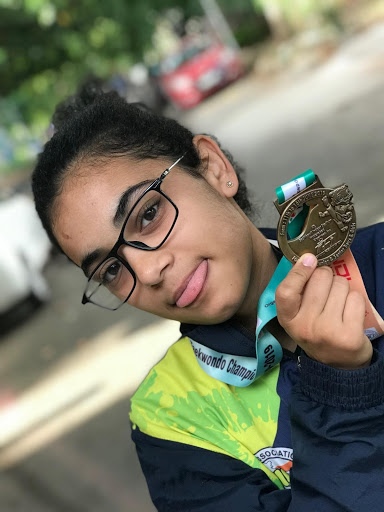 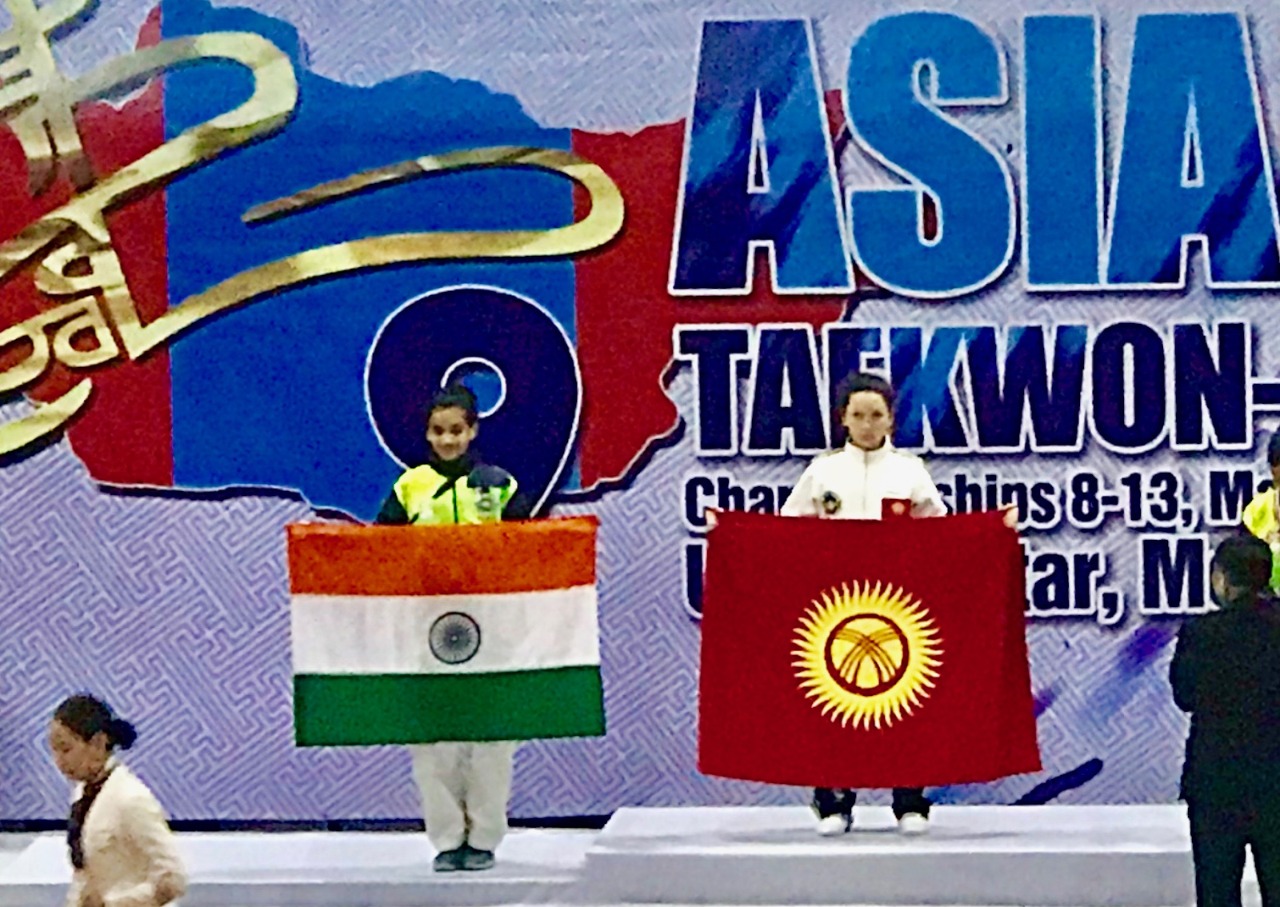 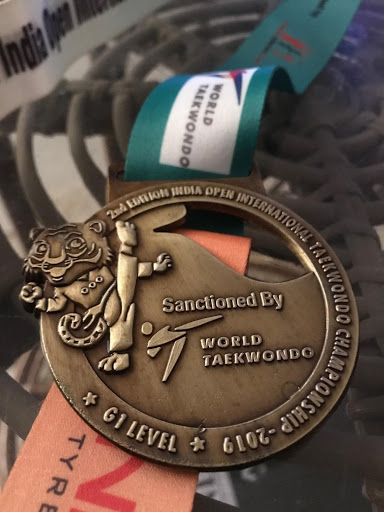