About Me:
My Name is Varshney Ganesh Lakade. I live in Sohar, Oman, I’m in 8th grade and I study in the Indian school, Sohar. My favorite subjects are Maths & Science. I have a lot of interest in coding, technology, and rockets. My favorite movie is Mission Mangal.


This project contains:
Space Shuttle : a rocket-launched spacecraft able to land like an unpowered aircraft, used to make repeated journeys between the earth and space.
An astronaut: An astronaut is a person trained by a human spaceflight program to command, pilot, or serve as a crew member of a spacecraft.
Space Station :A space station, also known as an orbital station or an orbital space station, is a spacecraft capable of supporting a human crew in orbit for an extended period of time.
Satellite :an artificial body placed in orbit around the earth or moon or another planet in order to collect information or for communication.


Description:
I have tried to make a little space using 3D CAD.
The Space Shuttle was a partially reusable low Earth orbital spacecraft system operated from 1981 to 2011 by the National Aeronautics and Space Administration (NASA) as part of the Space Shuttle program. Its official program name was Space Transportation System (STS), taken from a 1969 plan for a system of reusable spacecraft where it was the only item funded for development.
The international space station (ISS) is a modular space station (habitable artificial satellite) in low Earth orbit. It is a multinational collaborative project involving five participating space agencies: NASA (United States), Roscosmos (Russia), JAXA (Japan), ESA (Europe), and CSA (Canada). 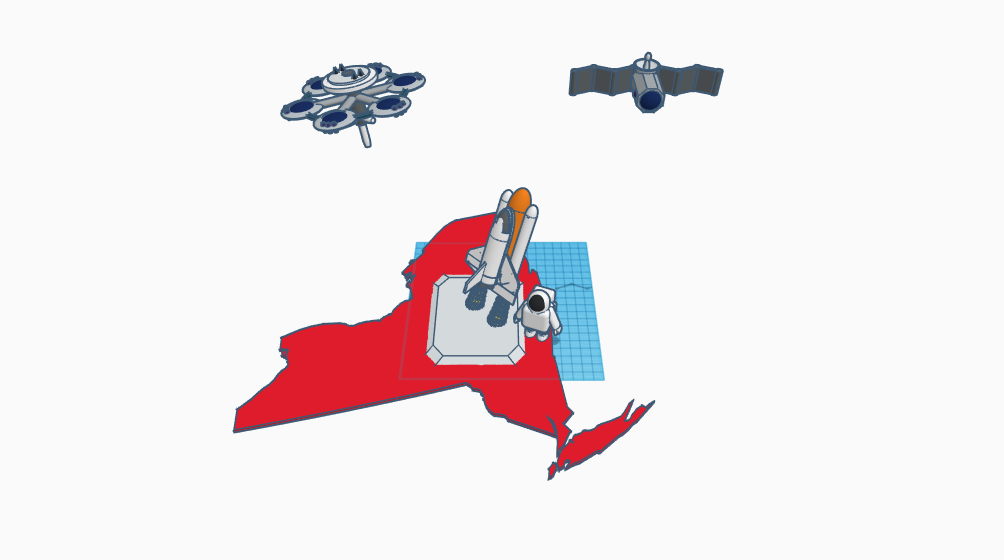