About Team: I am Morgan de Wit
I am Alya Danisman
I am Elie Zakhem


About project:
On the 21st of January 2023, we will send 8 astronauts in a spacecraft called the Conqueror from Paris (GMT+1). On this date the moon will be the closest to the earth, which helps to reach in a short time. Upon completion of the buildings, we will conduct these experiments: What plants can be grown on the moon? What materials are there on the moon, and how can we use them? Are the conditions on the moon good enough for us to make a living? (Check for water, food or oxygen) If such a thing is impossible, can we make it possible? Lastly, we will build certain buildings: a storage room, to store food, water, oxygen and other materials. The control room is for monitoring our camp. It also uses the antennas on its roof to send messages to the ground station or to crew members. The med bay is equipped with a truck, so that you can get immediate help if needed. The lab is for testing of new materials that we find, and to conduct the experiments. The kitchen is for cooking the food and has a solar cooker so we don’t waste any energy. The solar panels have had inspiration from Dubai Expo 2020, which follows the sun. Most importantly, we have a movable greenhouse, so that it moves along with the sunlight and a temperature-controlled delivery truck delivers the food when it is harvested. It is equipped with robots to take care of the plants!
Where do you want to build your Moon Camp?

located on the moon’s South Pole.

Our moon camp is going to be located on the moon’s South Pole. This is because there is water in its craters. Furthermore, there is also lots of regolith on the pole which contains 40% oxygen. The south pole also has many materials in its moon rock which we can use for building for future missions. There are also well illuminated areas so we can charge our solar panels to obtain energy, as well as dark areas to store frozen water. Lastly there are many high elevations such as crater rims so astronauts would see longer periods of light.
How do you plan to build your Mooncamp? Which materials will you use?


Once we have arrived on the moon, we are going to build our camp. Some of the essential things (rovers, greenhouse, 3D printers, seaweed tanks etc.) will be brought to the moon before we arrive. The rest will be brought in later shuttles or will be made locally using 3D printers, CNC machines and AI-bots. Materials used for construction of the camp are lunar regolith and plastic or metal waste. Once the important things have been set up, we will try to mine minerals from the moon rock which we could use for building.
How do you plan to provide the astronauts with the follwoing things?

We will need lots of water if we want to stay on the moon for 6 months. So not only multiple shuttles will deliver the water from earth but we will also recycle some of the water we waste (urine and sweat). But even that won’t be enough, so we’re going to extract water on the South Pole with a heat tipped drill and a grabbing arm. The only problem is that the water isn’t clean so we will have a cleaning station where the water will be filtered so we can drink it!
Food
We have a combination of packed food supplied from earth and fresh food grown locally. The packed food will be supplied from earth and will contain packets of ready-made meals, rehydratable foods and natural form such as nuts and dark chocolate. Additionally, the fresh and nutritious food will be grown in a greenhouse which moves along with the sunlight. These foods will be grown using a method called hydroponics, which makes plants grow faster as required nutrients are added along with the flowing water plus it doesn’t need soil! Seaweed is another food source as it is a superfood.
Electricity

There is no electricity on the moon, but we definitely need it for testing, sending messages to ground stations and even for entertainment! So, we have solar panels in 2 different places! These panels will be placed around the equator and near our camp, on the South Pole. The solar panels will, just like in Dubai Expo 2020, track the sunlight to capture the photons as much as possible! Also, we will have solar panels on top of some buildings that need excess electricity such as the control room.
Air

To compensate for the lack of oxygen in the moon’s atmosphere, we are going to use three methods. Firstly, we are going to grow the world’s #1 producer of oxygen: seaweed. We will grow these in large tanks in the oxygen storage room and in the lab. Secondly, the regolith on the moon consists of 40-45% oxygen! So we are going to melt the soil so we can split it up into metals (for building) and oxygen (for breathing). Lastly, we are using a method called electrolysis. This method consists of splitting water into oxygen and hydrogen using electricity.

On the moon, there isn’t any atmosphere that protects us from incoming meteorites, extreme temperatures or radiation. So, we have to protect our buildings against it. First of all, all our buildings have multi-layered walls similar to Whipple shield, so they are protected from radiation and micro-meteorites. Secondly, we will use multilayer insulation (MLI) to provide thermal control. Furthermore, we will have an underground base which is protected by water and moon rock, to act as a safe place for astronauts to stay in while sleeping or during emergencies like meteor showers, huge amounts of radiation or solar flares.

Describe a day on the Moon for one of your Moon Camp astronauts
An astronaut would wake up, get ready then head to the kitchen to eat breakfast. They will then go to the exercise room to get fit for the day. After that, the astronauts will start testing. Some might go to the rover, and research the moon’s surface, and some will do research in the lab. Once they have returned, they can talk to their families, play ping pong, read, watch TV in the entertainment room or they can have lunch in the kitchen. Then they can continue their research, and check on the greenhouse. If radiation levels are high then they have to evacuate into the underground base where water will flood the walls. If not, they will continue experimenting, exercise if they want, or study the moon more in a rover. 2-3 of the astronauts will be in the control room to check if everything is going well and to send messages to the ground station. If there is a problem, they will inform the rest of the astronauts. The astronauts will try and fix the problem. Later in the day astronauts will get their dinner in the kitchen. Then they can continue their research or relax. Afterwards, all astronauts will go to the underground shelter where they will be safe from any danger while sleeping. 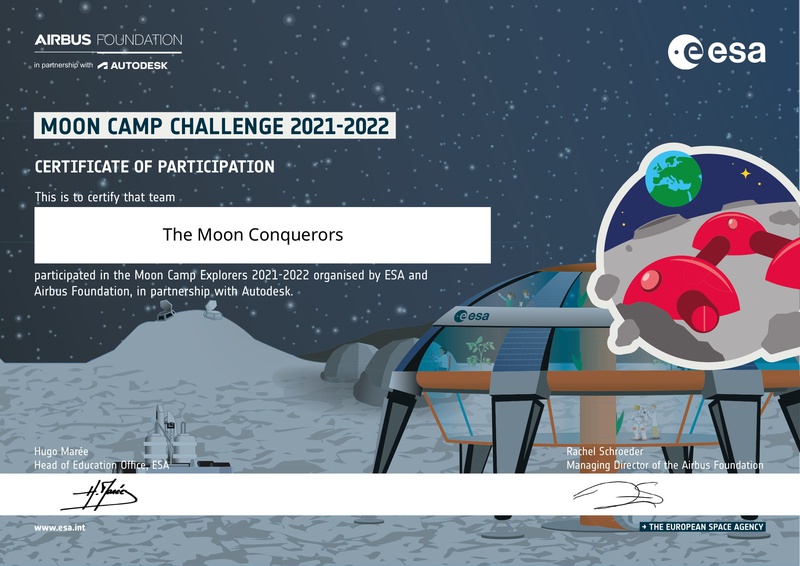 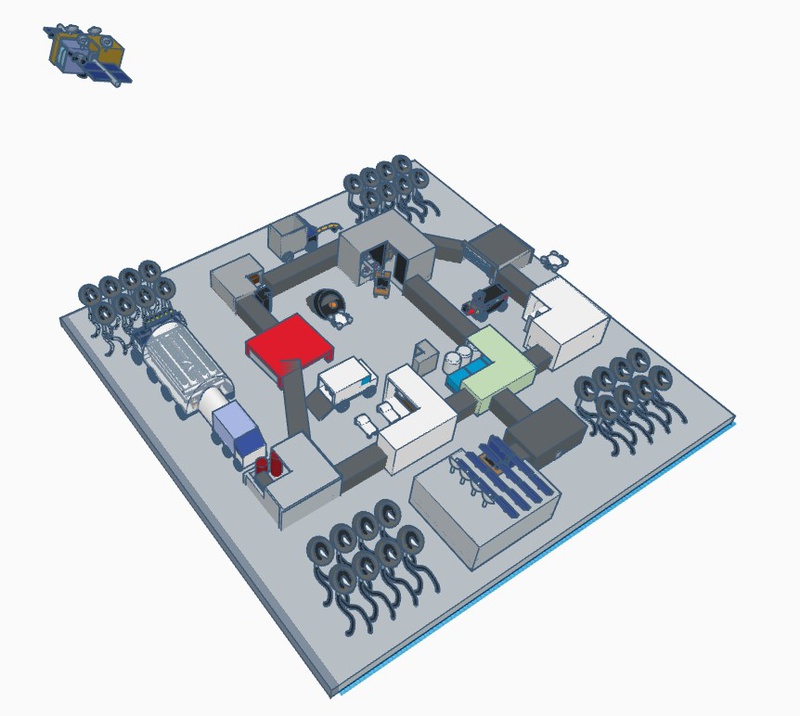 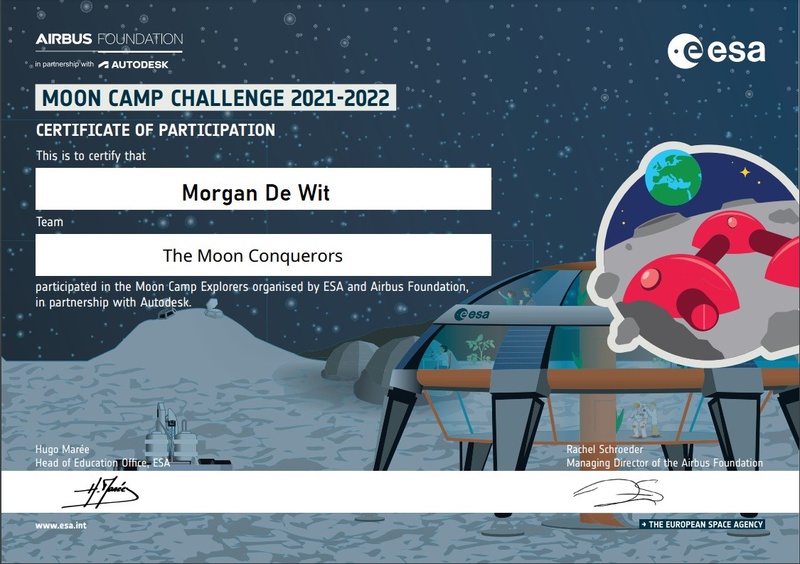 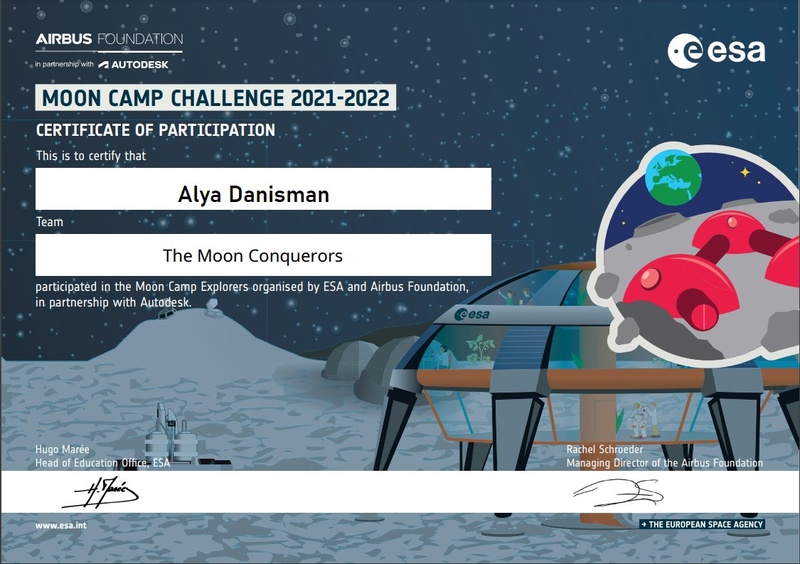 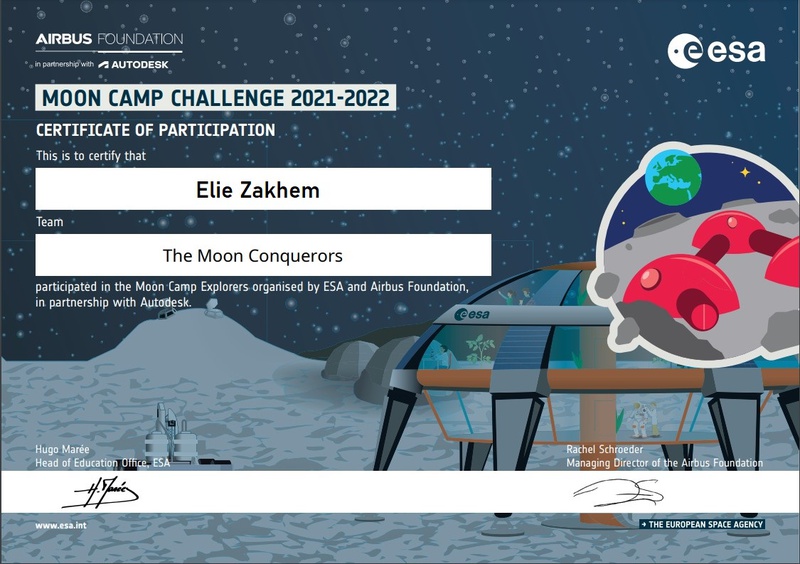