About Team: I am Madhav Dev Santhosh Kumar
I am Urhm Imran
I am Rishi Raju


About project:
Our team name is “The Creators” because of its simplicity and the amount of creativity it holds. The objective is to test for minerals, metals, nutrients, and oxygen in the moon’s soil. We will also explore undiscovered areas on the moon. We will study the atmosphere to check the toxicity levels and unusual gases. We will check the geography of the land to see if it is suitable for ground vehicles, machines, and buildings.
We will deploy 20 astronauts with specific expertise for 6-7 months depending on their rate of discovery. Among them 3 are nutritionists to allocate healthy food to everyone, and to sustain the food sources. Two botanists will manage the greenhouse. Communication with the space agency on the earth will be handled by 2 people who will update us about what is going on the moon. Additionally, the maintenance of the buildings and the machines on the base are the responsibilities of 5 engineers. We have 2 medical experts to monitor the health of the team members. There are 6 scientists to experiment with the atmosphere, land, etc. for the future. The nuclear reactor will be observed by 3 scientists with 2 engineers. There will be
5 sleeping pods with 4 sleeping bags in each pod
2 greenhouses
A communication center
A medical center
A bathroom
An exercising quarter
A laboratory
A solar farm
A middle quarter
A nuclear reactor
An oxygen and water extractor
A kitchen and storage room
A bunker
A launchpad
A battery charger
Where do you want to build your Moon Camp?

We chose the South Pole because it has the best habitable temperature for humans, and it also has ice caps which we study and use for extracting water. Also, the South Pole hasn’t been explored much. It also gets 8 hours of sunlight which is very good for plants. We will use water to make a lunar concrete mixture for our 3D printer so that it can build the base’s walls. Moreover, an important construction material, brought by the asteroids, is also available here.
How do you plan to build your Mooncamp? Which materials will you use?


We have a dome for radiation shielding and protection from celestial objects. The radiation shielding is transparent and is made of lead glass/water. The majority of the structure for our base uses lunar concrete. All of the structures are connected to the middle quarter for easy mobility. There are sleeping bags for optimal warmth. The walls for our buildings will be built using 3D Printing. Also, the moon rock and regolith would be used to build the camp. The solar panels and antennas are supplied from Earth. The materials for the walls of the buildings are from the Moon.

We will collect water from the moon’s ice caps. A wheel picks up the ice after it has been drilled into pieces. The wheel deposits it into a conveyor, which then transports it to a box that is heated from below by electrical heaters, converting it to water vapour. Water vapour condenses on the inside of the box, condensing onto a metal top, which is then transported to the end. In the end, there is a funnel that leads to a tube that connects to a water tank.
Food

There are multiple greenhouses to grow plants, and packed food will be delivered from Earth every 2 months. Aeroponics is used to grow the plants, where the mineral-infused mist is sprayed on the roots. The mist is sprayed through very narrow nozzles, increasing the pressure of the mist and allowing it to counteract the moon’s low gravity. The remaining water at the bottom will be reused in the system. The water is recycled and pumped using a water pump. The crops grown are tomatoes, potatoes, wheat, and radishes. The light to the plants is provided using ultra-violet lights.
Electricity

Our power will mainly be solar energy. We will also have many big batteries which store the electricity, which will be useful during lunar nights. For the sake of redundancy, we will also generate electricity by nuclear fusion reaction in a nuclear reactor. We will place the nuclear power plant close to the base as the reactant (Helium-3) creates very little waste if any and produces lots of energy. We also chose this reactant as there is an abundant quantity of Helium 3 on the moon.

There is a large magnet with a filter on the bottom that draws the iron in the regolith, as well as an arm that picks up part of the soil. The picked-up dirt is placed in a box that separates the oxygen from the soil using the “molten salt electrolysis” method. The oxygen and metals are separated and stored which will be utilised for research. The air supply to every room is automatically controlled by sensors detecting and balancing the ratios of different gases to maintain a healthy atmosphere. There is an airlock at the entry of the whole base.

We will make a dome that protects the camp from celestial objects and radiation. There will be 3 layers of domes. The first layer will contain lead-infused water for protection against harmful radiation from the sun. The second dome will be made from LPX-700 glass, which is a lead-infused glass that blocks gamma rays and x-rays. The third, upper, dome will be made from moon rock, by using a 3d printer, this layer will protect from a meteorite impact.

Describe a day on the Moon for one of your Moon Camp astronauts
In the morning the botanist should check on the food in the greenhouse to see if they are in healthy condition and water them. The engineer will maintain the base and fix any loose parts. The astronauts should exercise for at least 2 hours. They will run some experiments to get more knowledge about the moon. They should report to the agency on earth about the atmosphere on the moon or any other discoveries they have found. Team 1 should work from 2 am to 10 am, team 2 will work from 10 am to 6 pm, which is 8-hour shifts. After 6 pm for team 2 and 10 am for the team, they are free to do whatever they desire, e.g., entertainment, talking to family, or just relaxing.
Team 1 will wake up at 11:30 am, 30 minutes to get ready, exercise for 2 hours, and get to work. Team 2 will wake up at 7:30 am, 30 minutes to get ready then exercise for 2 hours before getting to work. We will follow the GMT zone
In case of any disaster or emergency on the moon, there is a bunker, located under the middle quarter, for the astronauts to go to for safety. It will contain everything required for them to live, such as food, water, oxygen, etc. There will also be an antenna for communicating with the Earth station. 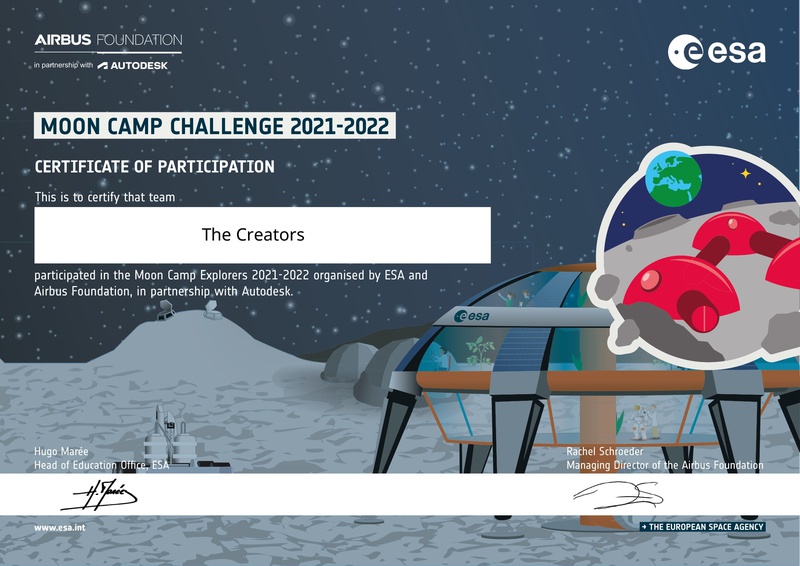 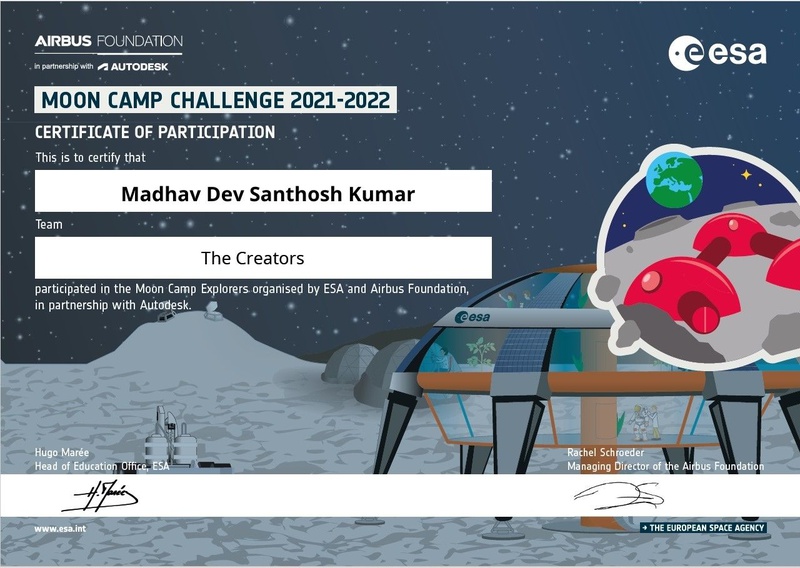 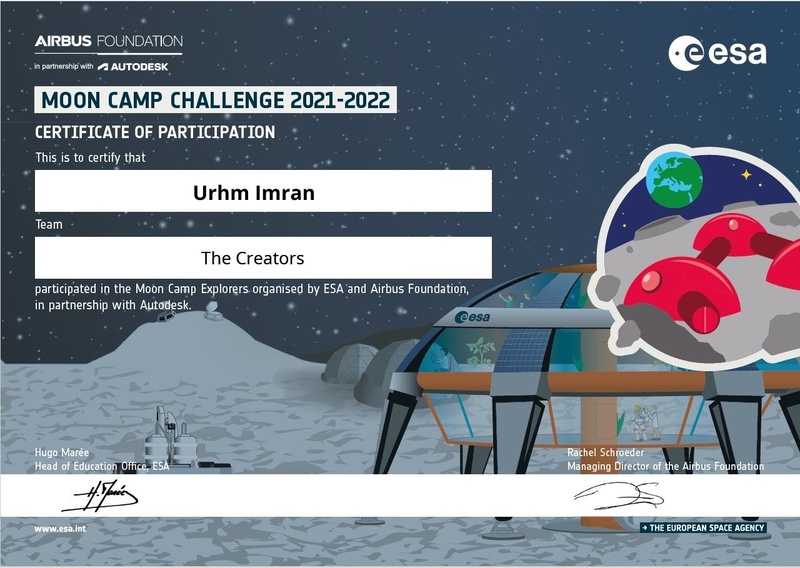 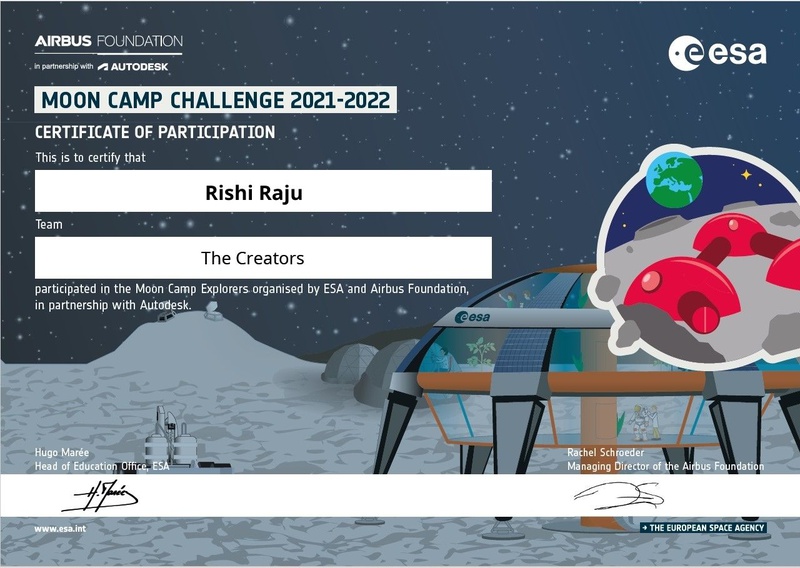