About Team: I am Ashvik Fimson
I am Aiden John Samuel
I am Himanshu Sridhara


About project:
The moon camp is designed for up to 8 astronauts at a time. They would be staying there for 4-6 months and will be replaced by a new team sent from earth. The modules of the camp are:
Power Generation Unit: for electricity
Water Treatment Unit: for safe water
Air Purification Unit: This takes care of air recycling and ensures oxygen is available for all the units in the camp.
Storage and Recreational Unit: contains games, gyms and space suits as well.
Observation Deck with a telescope: The Moon offers a perfect foundation for telescopes to look deeper into the Universe.
Antenna Farm: for communication to base camp on earth.
Mobility Unit: for long distance exploration missions across the moon surface.
Launcher Unit: is used for periodic missions, to transport new camps and to bring in supplies to the camp. It also has the escape unit where the astronauts can move into in case of emergencies on any of the units.
Innovation and Sustainability Unit: has a greenhouse which is used to test the behavior of plants and trees growth on the moon. This has a lab for soil and mineral analysis. There is also a living area for the moon camp astronauts, common area for the food. This is also the control deck for all units in the camp.
The main experiments would be to analyze the moon’s atmosphere, soil and minerals. Also, to study the effect of the moon’s gravitational force on greenhouse plants and tree growth.
Where do you want to build your Moon Camp?

The location is going to be a flat surface because based on some initial missions the team found some amount of water and minerals under the surface. The base camp astronauts would also use the mobility unit to go around. The base camp site will require lots of light, it is also important for astronauts to be able to take short trips into dark craters. Scientists expect that these shadowed craters are home to reservoirs of frozen water that explorers could use for life support.
How do you plan to build your Mooncamp? Which materials will you use?

The initial construction would require a lot of building raw materials which would be delivered in the 6 launches initially. We shall also plan to use moon soil that is called regolith as it is a good material for 3d printing. It contains silicon, iron, and aluminium. Therefore, we are going to use regolith to build our moon camp. The structure has to be strong to withstand the heat and cold as well as any objects which could fall on the moon surface. Some of the machines in the different units would be done with 3D printing and CNC machines.

During the building of the camp water and air supplies will be taken from earth. Each of the 6 launches will bring new supplies along with new astronauts. The position of the camp is also close to the craters which have some water which is frozen. This would also be taken to the moon camp for studying and also for use by the astronauts. The drinking water would have to be in disposable packets.

During the building of the camp food is supplied from earth. Each of the 6 launches will bring new supplies. Space food is properly stored. Space food is provided with disposable packaging. There is also a large greenhouse which has light and air which is provided for growth. In the beginning there would not be a lot of plants and trees but as time passes they will grow and these can then be used by the astronauts. The greenhouse would have some vegetables and fruits. The Moon Camp kitchen provides an oven to heat the food at the right temperature.

During the building of the camp liquid oxygen will be taken from earth. This will be stored in the camp and then converted to oxygen for breathing and for the greenhouse.

The building of the base camps would have to be very strong. The conditions on the moon could be very hot or very cold and this needs to be strong. Therefore, we are going to use regolith to build our moon camp. It contains silicon, iron, and aluminium.

The astronauts would be following the time zone like on earth with the base camp. Astronauts would be having an 8 hour sleep time. They start their day after having food by going to the control room where they can check all the camp parameters like temperature and alarms. They will also check the recycling system and communicate with the camp on earth which will be checking the camp all the time from earth. After the initial checks the team of astronauts will split tasks. Some will be engineers and will be going for the Rover Checks and perform analysis of the soil and minerals. The others are botanists and doctors will be studying the plants and trees in the Green House as well as the animals in the lab. 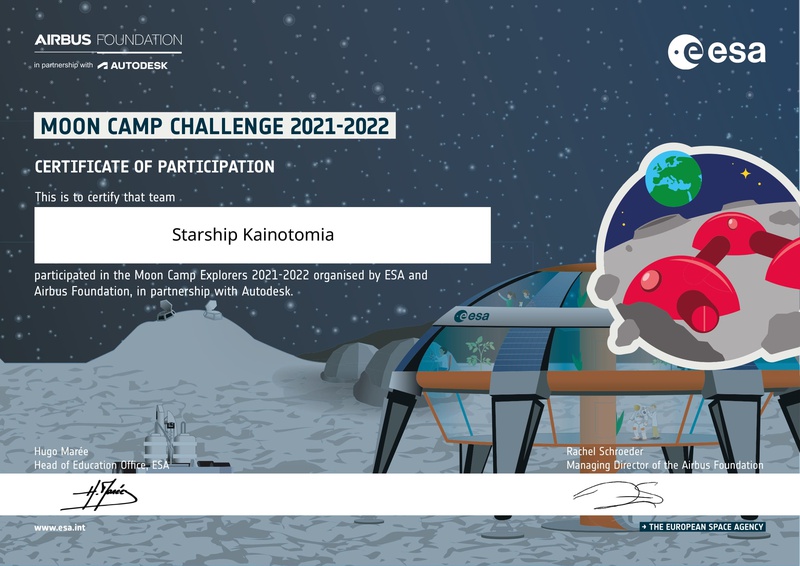 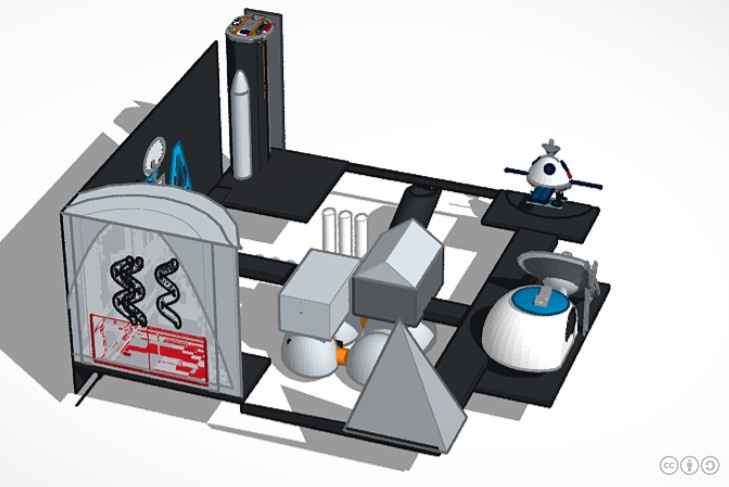 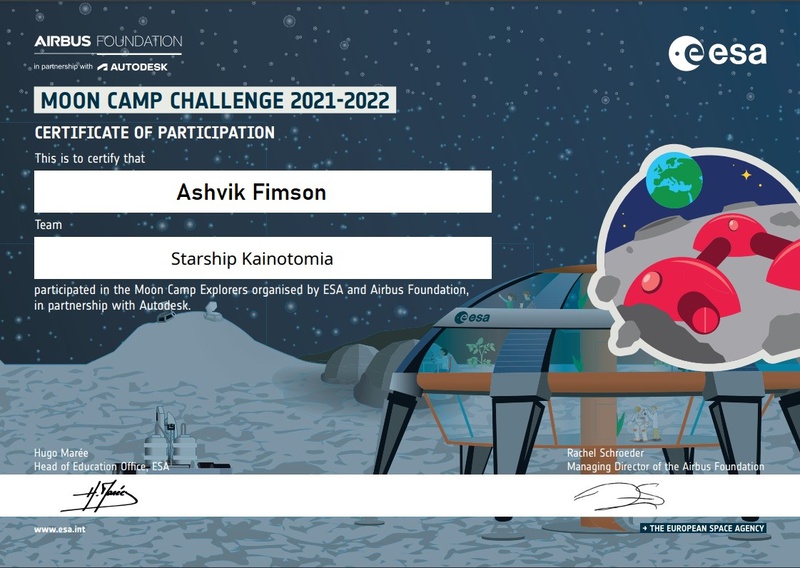 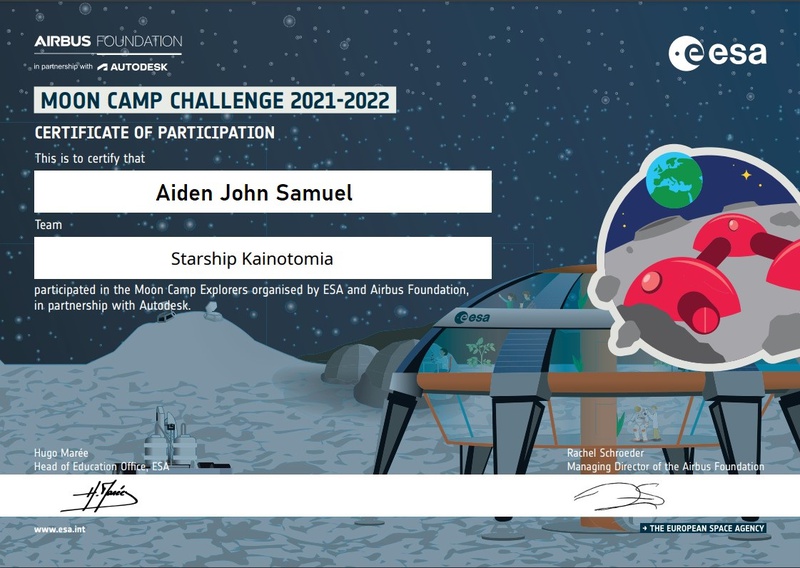 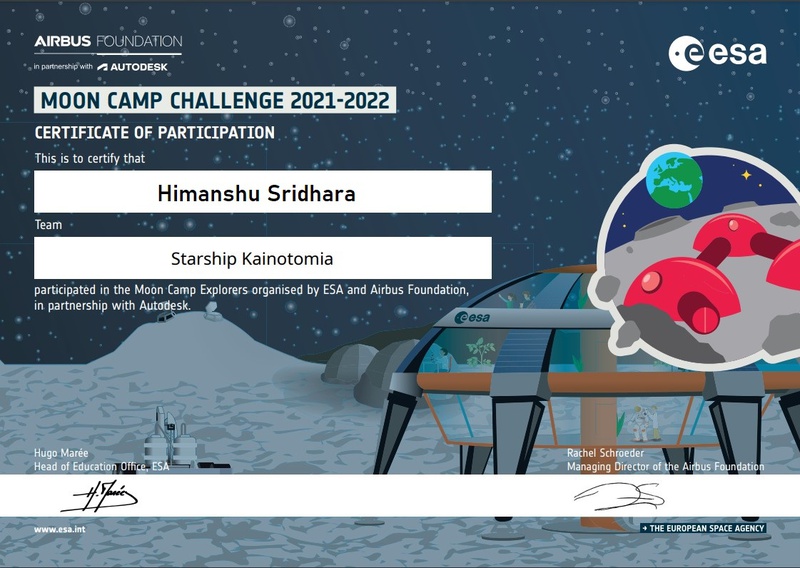