About Me: I am Sanjay Addepalli from 9th grade. I live in Dubai, U.A.E and I am 13 years old. I am very passionate about space facts and I like researching about space. My hobbies are playing cricket and reading factual and interesting books.

A natural and efficient way to get oxygen.

The unit will contain 12 trees that can produce up to 600kg of oxygen in 6 months, fulfilling up to half the required amount. During photosynthesis, they release oxygen which is what we need here.

A way to reuse the carbon dioxide emitted by the astronauts into oxygen.

This method helps reuse CO2 and produce more than 200kg of bonus oxygen. The carbon dioxide which is breathed out by the astronauts can be reused to make carbon and oxygen, in which oxygen can be used.

A way to split water molecules to get oxygen.

Water, which is obtained from lunar ice caps, can produce 176 kg of oxygen if 200kg of lunar ice is invested into making oxygen. It works by splitting water atoms into hydrogen and oxygen, through which we can use oxygen.

An unlimited resource to get oxygen from the moon itself.

This is a useful way of not only getting 200kg of oxygen (from 500kg soil) but also useful byproducts. It works by melting the lunar soil into a liquid form (180°C) and using the process of electrolysis to get oxygen.

Why were these options taken and base built this way?

These options have already been approved by many space organizations and have high efficiency and success rates. The materials required to run the unit are also abundant, and fewer trips from Earth are required to build and maintain the unit. The base is built as a semi-circle to absorb impacts and store excess oxygen in case of machine failure or oxygen depletion. There is an airlock entrance to prevent oxygen from escaping and technology to detect leaks and problems in case they arise.

This also uses AI technology to make the process easier and increase efficiency. 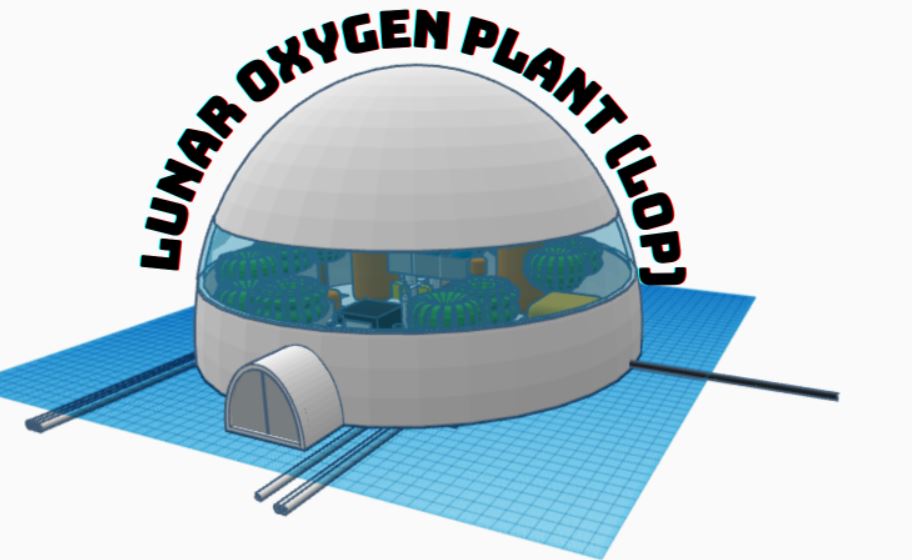 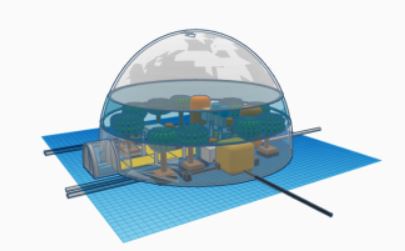 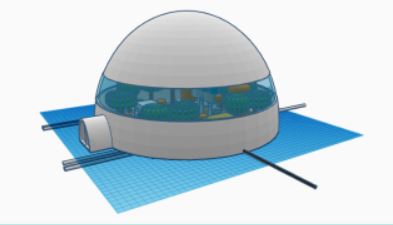 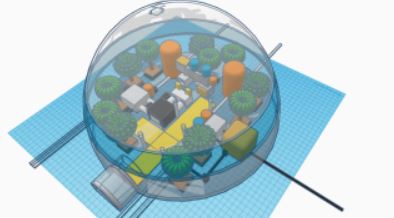