About Team: I am Agrima Singh
I am Ruth Rachel Idicula

Our team name is Nova (Latin word) which means new. We chose this to indicate that we are the new generation and we can improve this lunar world. At a time eight astronauts can stay in the camp. Our camp has a center building in the shape of the dome. It is the main part of our camp where all the main experiments will be carried out. Next to it are 2 building both of which have a smaller version of the rooms that is in the main dome so that more experiments and research can be carried out at once. Building 1 has some rooms which the dome doesn’t have like cabins for astronauts, kitchen, living room and a gym as well. Building 2 has a garage for LRVS and rovers. Other rooms are:
How food can be grown?
Our camp is unique because we are using 2 methods i.e. hydroponic and aeroponics, to grow plants. We’ll also grow meat at our camp. We will use solar energy. And get water from the moon’s surface and using astronauts sweat, urine etc.

We want to build our moon camp in the Shackleton crater.

We chose this location because there is the presence of water in the form of ice below its surface. And also, because its rims receive constant sunlight which can be used to generate electricity using solar panels and plants can photosynthesize easily.
How do you plan to build your Mooncamp? Which materials will you use?


We’d like to build our camp using 3D printing or AI-bots. We chose this because it would be highly efficient and easier than building it ourselves and may help the work get done faster.
The materials that we’d prefer to use would be glass, metals like iron, steel and aluminum and cast regolith for basic building structures which would be much like terrestrial cast basalt. Created by melting regolith in a mold and allowing it to cool slowly would allow a crystalline structure to form, resulting in highly compressive and moderately tensile building components.

Water on the moon is obtained by recycling the sweat, and urine of astronauts and ice under the surface of the moon. The collected urine is passed through a centrifuge, after which it will be filtered and checked if it has been purified thoroughly, if it has then it will be stored else it will be filtered again. We’ll also get ice from under the surface and put it through the process of Aqua factorem in which the silicate and metal grain will be separated from the water grains. It will then be processed, purified and stored as water.

Food is produced by growing: meat in a lab and plants through the methods of hydroponics and aeroponics. In hydroponics we’ll have plants roots dipped in flowing water which is mixed with nutrients. Also, they will be provided with enough sunlight. In aeroponics there is air only in the tube the plants roots and sprinklers will spray water mixed with nutrients every hour or so to help the plants grow. We’ll grow meat using the tissue cultivation method. We’ll provide animal tissue with nutrients and let it develop and grow to turn into meat. No animals will be killed.

Power is produced by using photovoltaic method i.e. sun’s light energy is converted to electrical energy. As the Shackleton crater receives constant sunlight at its rims we’ll get non-stop sunlight. Additionally, this electricity will be stored in batteries for use during eclipses.

Oxygen will be produced by water electrolysis method. When electricity is passed through the water, it will be separated into 2 gases hydrogen and oxygen; the oxygen will be released for the astronauts to breathe while the hydrogen will be stored. It is power by a battery. Nitrogen is obtained by dead plants and also sent from Earth during regular cargo supply. CO2 from the astronauts are absorbed and sent to the plants.

Protection to the camp is provided by using strong materials to build the camp that can resist the impact of comet crashes etc. The camp has many layers; one of the layers is filled with hydrogen to resist radiation. There is also a bunker that the astronauts can take shelter in order to protect themselves from radiation.

A day on the moon for the astronauts would start with them doing daily routines. After that they would do at least 2 hours of exercise. Then they would start doing research and send a signal to Earth like a daily report. They would get some free time around noon for lunch and rest. In the time they have after and before lunch they can research, experiment, explore and build things. They can also take short breaks to relax and enjoy themselves. In the morning they will perform routine checks of the machinery. They will also grow plants. They will also monitor the environment around them for anything new or suspicious. They will see how to conditions on the moon affect development of life and how to make it safe. 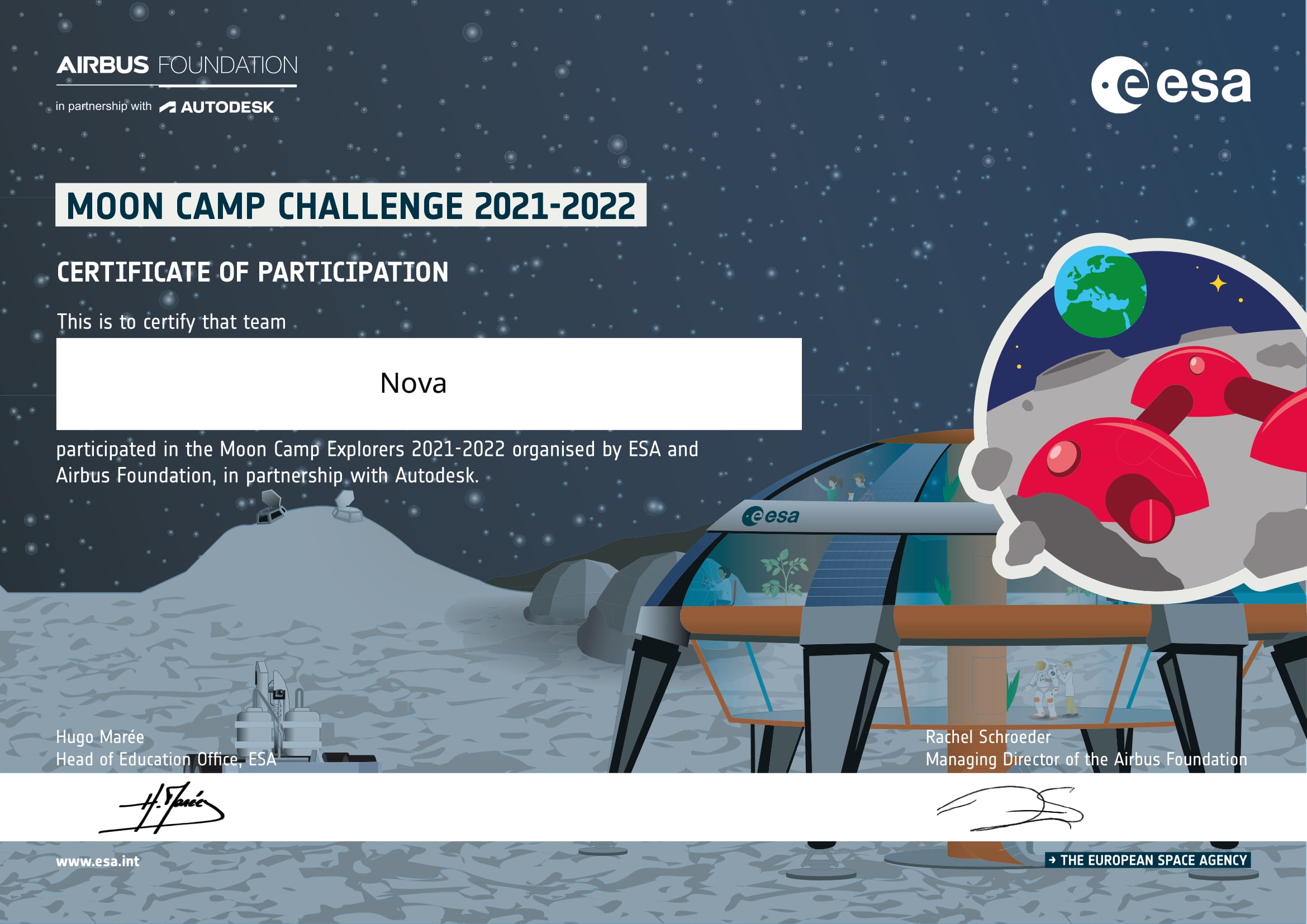 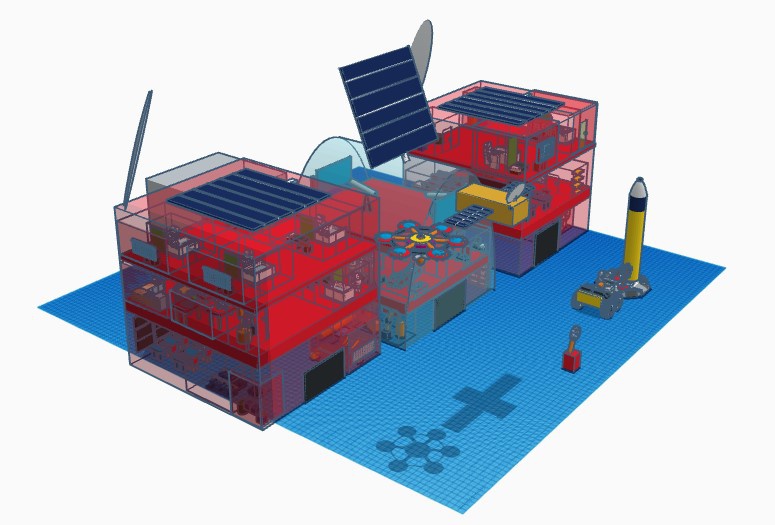 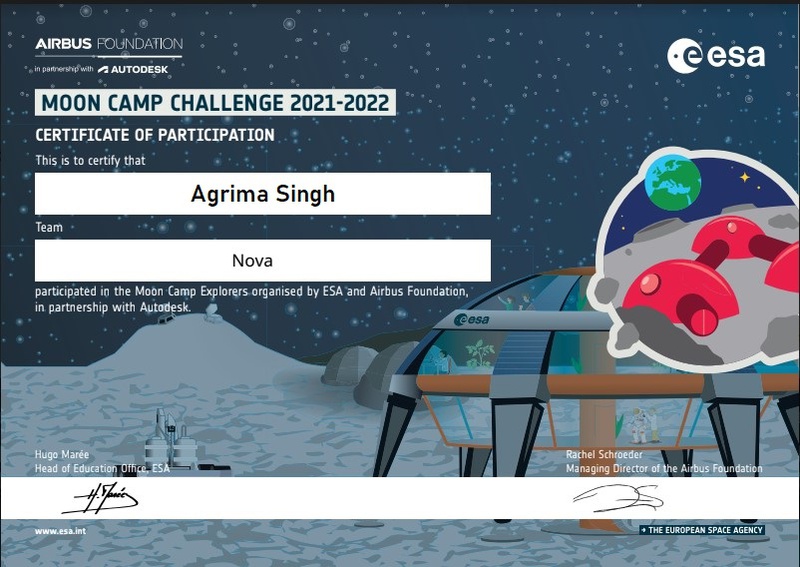