3D model of an Aircraft: This is a 3D model of an aircraft designed in Tinkercad. My aircraft has a NACA swept wing. Such a wing has asymmetric airfoil which provides greater lift force than symmetrical airfoil. I have made a low wing configuration as it is commonly used for commercial aircraft. I have kept the engines over the wing to reduce the noise level on the ground. This aircraft has conventional tail configuration which provides better stability and control. 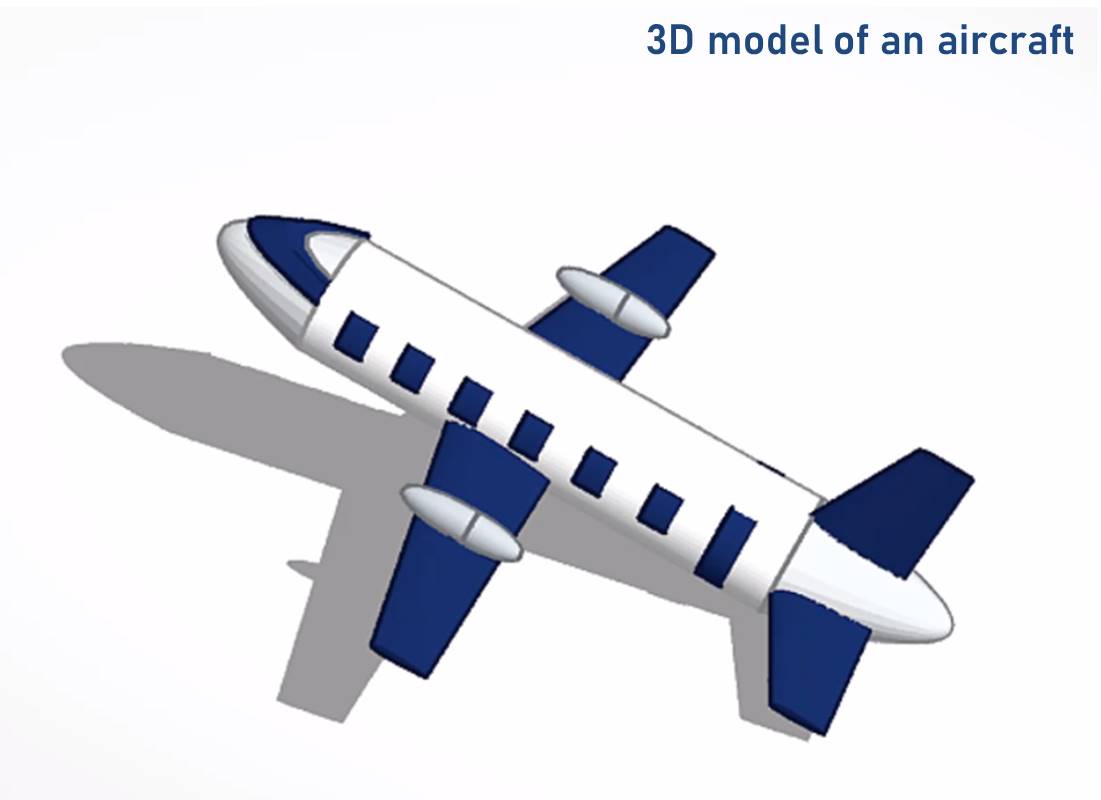