About Team: I am Layan Jarad
I am Zayd Jbarah
I am Omar Abdelaziz Albogdady
I am Razan Jarad


About project:
Our camp is in the Milky Way galaxy and so we chose this name. 5 astronauts will live in this camp in order to provide sufficient resources. The astronauts will stay there for one year so that there will be enough time to analyse rocks, and the crops to grow. We have 9 different rooms: firstly, on the farm, we have a hydroponic system to grow food. Secondly, we have a kitchen to cook food and eat in which has: Cupboards to keep the cutleries and vessels for eating and cooking respectively, an electric cooker, a solar-powered cooker in case the electric cooker stops functioning. Thirdly, in the communication room, we have a communication payload to connect with people on earth. In the sick bay, we treat injuries. Then, we have an underground shelter, astronauts stay there in case of a meteoroid. Next, in the supplies closet, we have daily use stuff. Then, in the analysing lab, we have the Terra portable X-Ray Diffraction system to analyse the minerals in the moon rocks. In the observation deck, we have many windows and different TVs to see what is happening on the surface. Following that, there is an entertainment room and a bedroom with cupboards, beds and cabinets. Finally, a bathroom which has a toilet, a shower, and a sink. The unique thing about our camp is that when it is on earth it is shaped like a rocket but when it lands it transforms from a spaceship to a house.
Where do you want to build your Moon Camp?

Close to the lunar south pole

Scientists discovered ice in craters at the South Pole , which could be used as a source of water and so it is a good location for our moon camp for the use of astronauts.
Advantages of the chosen location are:

How do you plan to build your Mooncamp? Which materials will you use?


We would use polyethene, which will be transported from the earth, to block radiation and meteorites. Then we would gather lunar concrete and make it into walls just in case the polyethene breaks. And to stay cool inside we will have a pool. The antenna, solar panels, and all the possible items will be delivered from the earth and the lunar concrete will be used to create buildings and walls on the moon. The tunnels in between the rooms will be transparent so that the astronauts can view outside.

We will dig up water from the lunar poles where there is water underground. We will use very hot drillers, sharp shovels and a system that collects digs, and stores water. We will use a recyclable machine where the water is filtered to remove any salt and unwanted particles, and then it will be heated so that any bacteria will be removed. Finally, there will be one last check to make sure there are no harmful items inside the water. We will use it in the bathroom, kitchen, the underground shelter and the farm.
Food
We cannot hunt any animals so we will store food and we will cook food with crops grown there. And we will have cargo deliveries from the earth. We have a hydroponic system in which there is a big square plate with multiple holes and there we will put the plants and water present directly under this. The plants will be tomato, kale, blueberries, sweet potatoes and beets, and it will take 3 months for them to grow. We will get sunlight from outside and water mixed with nutrients from tanks.
Electricity

To get the power we will use photovoltaic cells which will convert solar energy into electrical energy. And we will have batteries to store this energy which can be used during the nighttime. The solar panels are located on the left side of our house
Air

We will bring tanks of air from the earth that are filled with the right percentage of oxygen and nitrogen and supplied at 1 bar pressure. The suits of the astronauts will also have air tanks attached. Air is supplied automatically, a computer analyses how much air is in the room and when the air is low it will send a message to the automatic dispenser and release more air.
Protection

We will use polyethene to block radiation and protect from a meteor impact on the camp. Because the polyethene we are using can be used to block harmful alpha and gamma rays. There will also be another layer of protection that is made from the rock on the moon. We will make it by first melting it then freezing it then making it into the shape of the walls and sealing the parts together.

A typical day for astronauts on the surface of the Moon is to wake up at 6:00 AM Greenwich time. Once the astronauts wake up they would have showers for 2 minutes minimum to save as much water as possible. After their shower, they would have breakfast together in the kitchen. After eating they would exercise for a minimum of 2.5 hours a day to maintain muscle tone and fitness. They will use dumbbells, jump ropes, yoga balls and weights as equipment for exercising. They would then contact ground control on Earth to notify them of their presence. They would then wear their suits and test rock samples in the analysing lab to see its elements and minerals. They would later turn on their rover to scan the regolith (lunar soil) for water. Lastly, they would finish their “day” with a nice relaxing sleep at 9:30 PM Greenwich time.
We have an underground bunker in case any harmful radiation comes in or meteorites fall. They will use the pool to stay warm or cold if they like, and they will use the security room to view the surroundings; then, they can check the crops to see if they are healthy 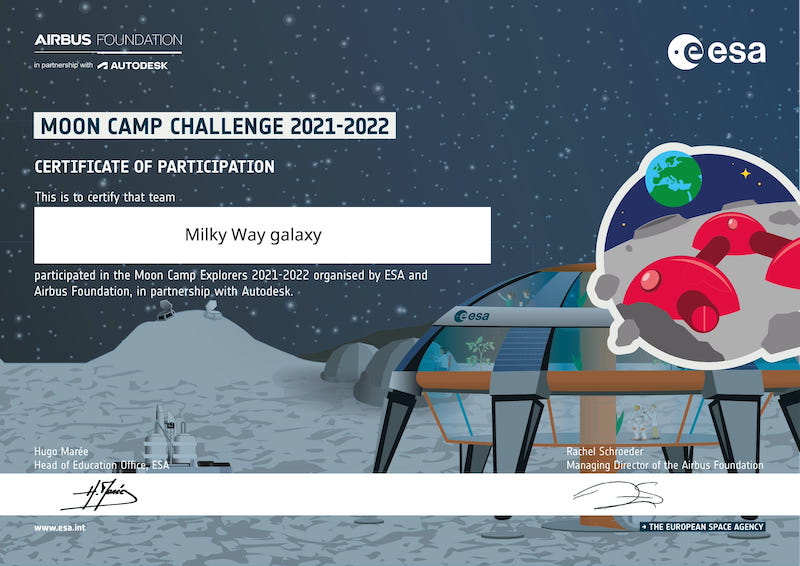 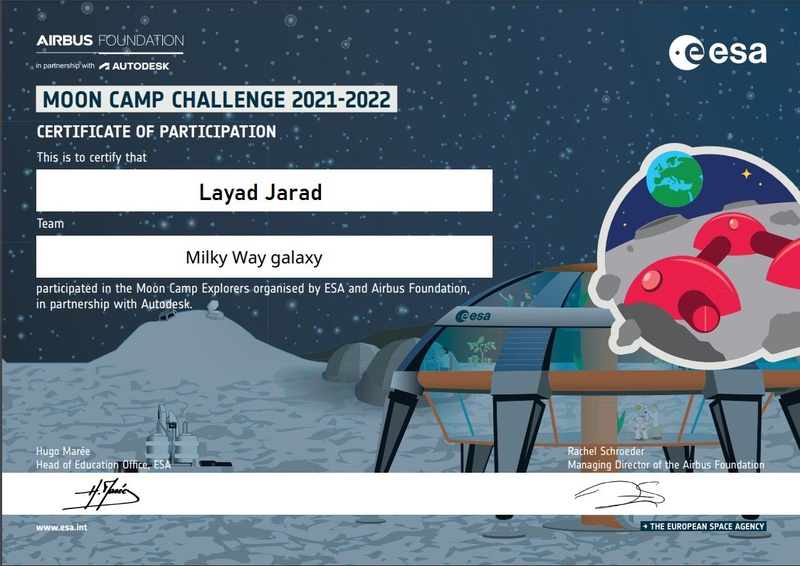 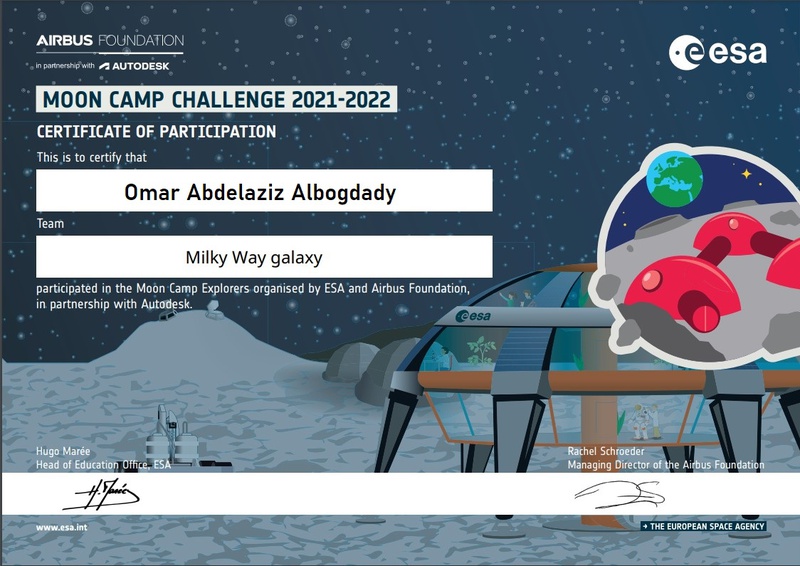 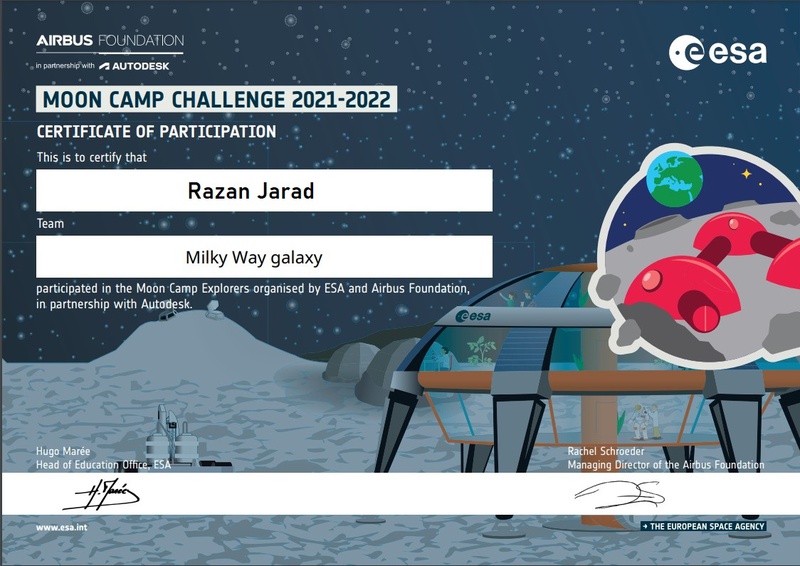