About Team: I am Anushka Jain
I am Sahil Suhair
I am Oishee Jana
I am Aryaan Raj Atluri
I am Ishan Shine


About project:
Our Group name is called the Lunar Sustainers. It’s because we want to sustain there for a long time and escort people to the moon to live in peace without any problems. We use renewable energy. We are accommodating 12 astronauts at a time in the Lander, and when the time goes on will be bringing more astronauts to live and work. And some astronauts will be going back. They will stay there for 7 months. The main experiments we will be doing are checking composition of air, searching for ice to make water, and collecting regolith. The right side of our camp is the living area and working area and the left side is for nuclear power plant and solar panels and ice mining and other mining and collecting regolith. We have the living domes, ice water converter, meat farm, greenhouse that have lettuce from hydroponics and aeroponics, laboratory, dispensary, kitchen and café, geologist’s centre, and the main hall café. We have an air room that can be used in case of emergency. The drones in our camp do not use propellers to fly rather uses small cold gas thrusters.
Where do you want to build your Moon Camp?

We will be building the Moon camp at the North Pole in the Peary crater.

We the North Pole in the Peary crater because it has the availability of ice that can be turned into water. It has the availability of sunlight also. During the sunlight period it can be absorbed by the solar panels and stored in the battery which can be used during lunar nights. We can use the water for bathing, cooking, washing and drinking, and use for the nuclear power plant. We will turn the water into ice using the ice water converter. We will use the regolith to make oxygen. All these are abundantly available here. How do you plan to build your Mooncamp? Which materials will you use?


We will be using 3d printers to build domes, and other places. As we can see in the moon camp there are 3d printers that constructs make domes and internal parts. We have transparent material to use as one of the materials of construction. It is called polycarbonate as used by every apollo mission.

Astronauts get water by two ways: 1. Melting the water ice and recycling Astronauts’ urine. The ice driller robots extract ice and also transport it to the ice water converter where it is purified with heaters and other filters. 70% water that from ice is used for: nuclear power plant, drinking etc. and 30% water is separated to oxygen and hydrogen using electrolysis. And urine is turned to water by first putting it in the steam turner, then condensed to water, later the odour is removed using chlorine dioxide, then boiled and finally, water is collected in a tank.
Food
We grow lettuce and other plants using hydroponics and aeroponics technique in the greenhouse. These methods are called soilless farming because only nutrient rich water is used and has short harvest period. Also, we have the meat factory which is used to grow meat from cell of an animal like chicken. We have cold nitrogen tanks in which the cells are stored. The greenhouse is automatically controlled by the control room.
Electricity

The sources of power are the solar panels and the nuclear fission plant. Solar panels and the battery are present in the camp. The nuclear energy is used for electricity. The nuclear energy is very efficient. The radioactive element used in it is the Uranium. First the Uranium is heated up and the steam goes to the turbine and to the electricity generator and supplied to the entire camp. For balancing the heat, the water is used. We are protecting our camp for radiation by having water layers.
Air

Oxygen is supplied in three ways: 1. Water is split into hydrogen and oxygen using the process of electrolysis. There is a main water tank which has the label H2O. There is a battery connected to electrodes to supply electric current. Oxygen is attracted to the positive terminal whereas the hydrogen to the negative and are stored in tank. 2. We also have algae in the living domes to provide the astronauts with oxygen. 3. Regolith collectors are collecting that soil and turning into oxygen. We get CO2 from humans. N2 is taken from the plants that die.
Protection

The materials used are concrete plus regolith. We have 6 layers of protection. Concrete is very strong and can withstand high loads. We have asteroid shooting thing as you can see in the picture. The camp will be protected from nuclear and solar radiation by the help of water layers. Plus only in the living dome the astronaut can remove the suit and outside they have to wear it. And as the time goes and as more people get escorted to the moon, we will build passageways for connecting buildings.

A day on the moon for astronauts will be very different compared to the earth. First they wake up in the morning, do exercise on the treadmill and take a shower and wear the Astronaut suit. Later, they will go to the main hall cafe where they will drink tea or any other food. Then the astronaut will go to the control room where they will communicate with the earth station and some astronauts will check out the greenhouse from the control room. And some will go to the Laboratory to perform experiments. And some will travel to other places of the moon in search of minerals or any resources. Some in the control room will be just chilling in the break time and eat lunch. Others will got to the geologists centre and perform some experiments. Few will check out on the arrived things and classify it. Some will be building satellites and rovers. Then everybody will leave from their job and have a walk outside with the spacesuit and after that go back to work and eat dinner and finally go to the living dome to sleep and relax. We have an inflatable air room. The satellite will warn if there is any attack or emergency. During emergency situation astronauts would have every necessary thing inside the inflatable air room just like an emergency bunker and they will be escorted after some days to the space station around the moon’s orbit. 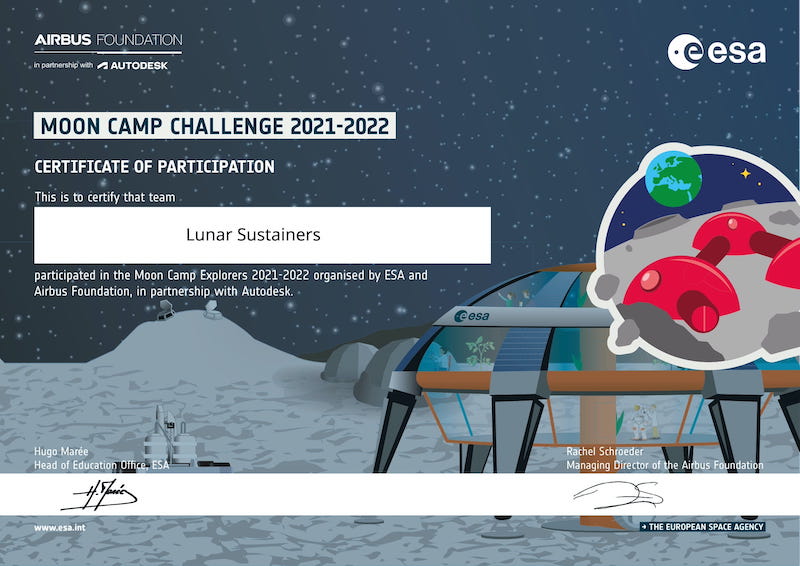 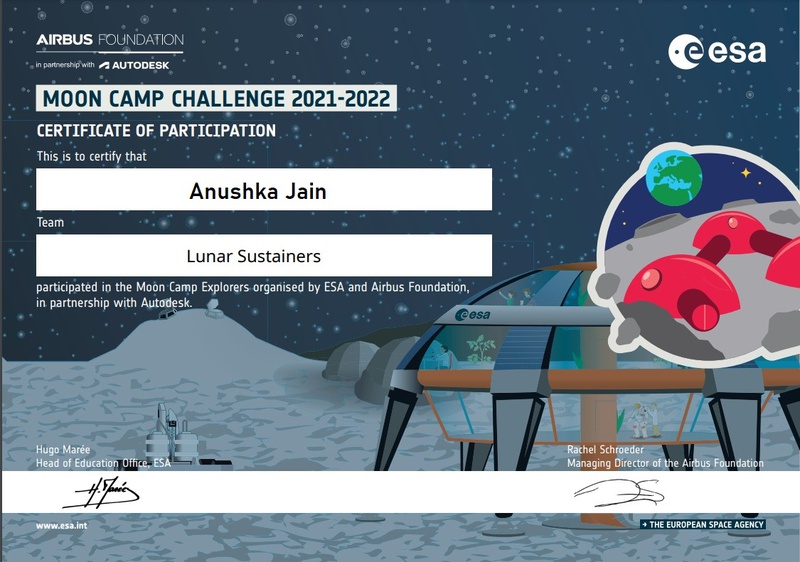 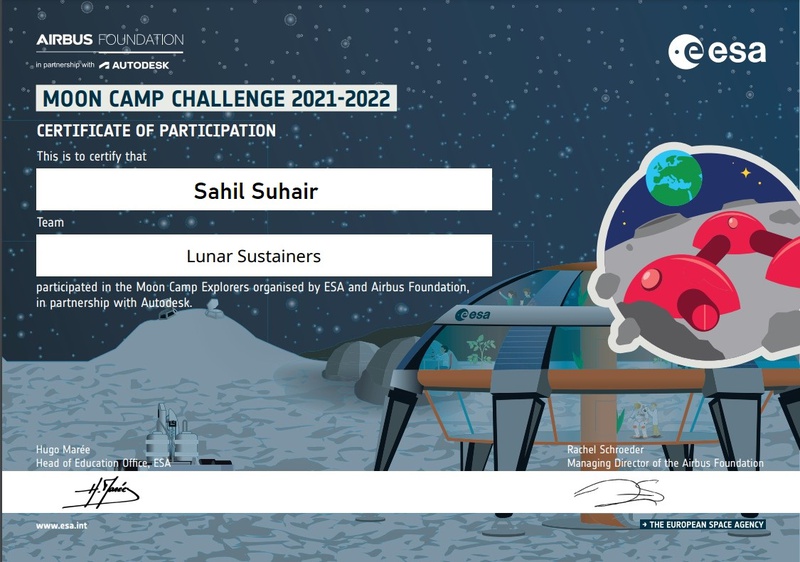 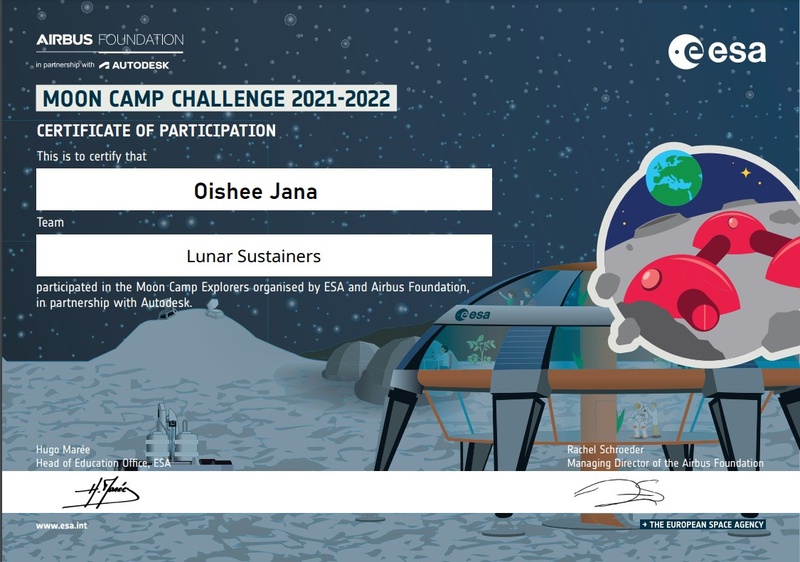 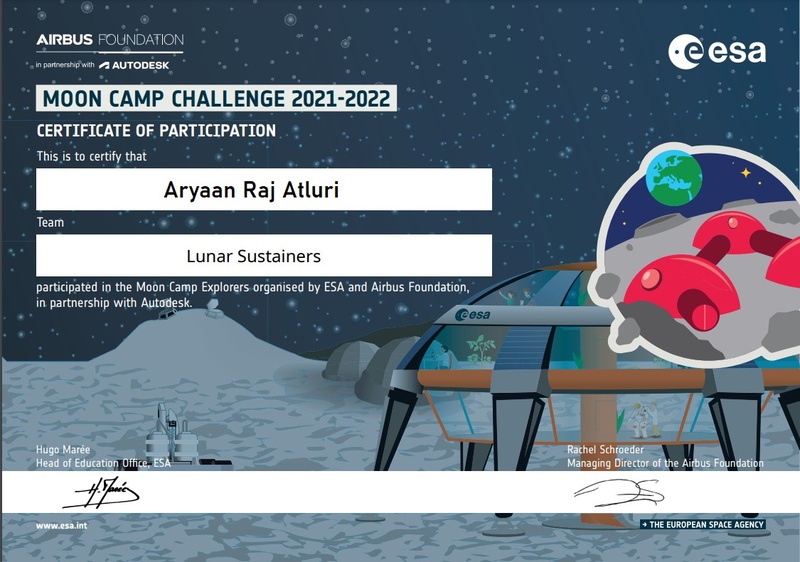 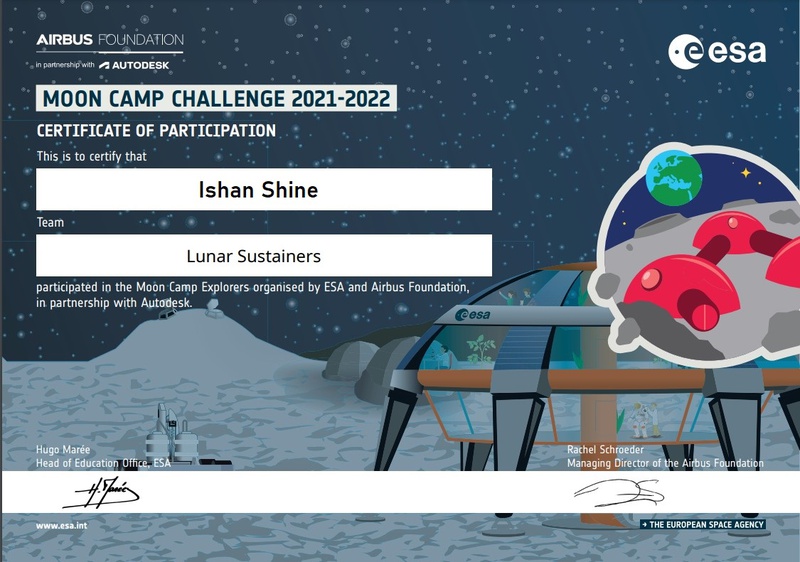