About Team: I am Rithvik Ramesh Kumar
I am Akshaj
I am Mohnish Sai
I am Omar Nabil Lahir
I am Vyom Singh


About project: Our team name is Luna Vita Nova which is Latin for “New life on the Moon”. We chose this name because we are determined to explore, find and test new life forms on the moon, and we also want to make the moon habitable for the lifeforms on Earth. Our moon base can accommodate about 6 to 8 astronauts at a time. The astronauts will stay for a maximum of 1 year in a stretch and after that another batch of astronauts can continue their stay in the camp. The camp will be located in the North pole and will have 9 domes – Lab (Central dome), Rooms 1, 2, and 3, Medical room, Greenhouse, Communication room, Control room and storage room. The central dome, which is the lab, is freely accessible by every astronaut, each astronaut will have their own room with all the necessities needed for survival, oxygen will be supplied from earth. Astronauts would plant plants using hydroponics, so they don’t need to bring thousands of kilograms of soil, making it less expensive.

Northern rim of the Peary crater, close to the north pole.

The best location for the camp will be the northern rim of the Peary crater, close to the north pole. There is a lot of hydrogen, oxygen and some amount of water under the crater’s northern rim. So, hydrogen can be made into energy for the settlement. Most of the year there is sunlight as in the crater you get an average of 324 days of sunlight. There is a lot of iron and titanium under the crater.
How do you plan to build your Mooncamp? Which materials will you use?

The moon camp will be constructed using 3D printing, materials like iron which can be found on the moon, and concrete transported from earth. Things that will be transported from earth are solar panels, devices, concrete, wires, batteries, medical supplies and scientific research equipment. We have a transparent building which is made of reinforced, bulletproof glass, with better structural integrity, unlike standard reinforced glass.

Initially we will be supplying water from Earth through various missions and after a month we can finally adapt to recycle water in the camp itself and we can also build an external base which is small and compact and can mine ice and convert into drinkable water or use the process of aqua factoreum.

Initially we supply food from Earth: either processed or raw. Some of the packed food types we have implemented are Rehydratable and Thermo Stabilized. However, this method can’t be used for long because it increases the weight and cost so, after the moon camp is self- sufficient, we grow crops and even meat indoors. For vegans and vegetarians, we use aeroponics, aquaponics and seed film techniques to grow vegetables, fruits and leaves. For non-vegetarians we use tissue culture, where we multiply the cells and provide meat without killing animals.

Initially we use the sun’s photovoltaic energy to get power and store them in batteries for night time use but when it’s no longer sufficient for the whole moon base to function we will be using nuclear power plants with uranium as radioisotope. This lasts for years and even decades depending on the size of the radioisotope. Although this powers up the base it includes some risks, to avoid these risks we have kept the nuclear power plant a bit far from the moon base. We use thick cable to transport power from the power plant to the base.

Initially we use algae in the lab and transport oxygen to the other domes through air vents and after the electrolysis chamber is built, we use the process of electrolysis and separate water into oxygen and hydrogen. This also serves the purpose of rocket propellant and would also be used as oxyhydrogen gas, which is used in welding etc. However, we also supply oxygen from Earth in oxygen candles which can be used in emergencies and in situations where astronauts need to leave the base.

The moon camp has to be very tough and sturdy. The materials to build the Moon habitat are lightweight, since they are boosted out of Earth’s gravitational field using rockets. There are many layers like a Whipple shield which includes concrete, on the inner and outer sides and 3D-printed regolith and a layer of water in the inside to protect the camp from radiation The Camp is airtight, and provision is made to keep the domes cool during the Moon day and heated during the Moon night.

In the morning astronauts will get up and go to an assigned dome to finish their daily morning routine and then go to the gym for a two-hour workout to make sure they don’t lose too much muscle mass and they remain fit. Later, they will eat breakfast and then they will go to their separate workstations, monitoring the spacecraft’s condition, reporting to ground crew about matters going in space, experiment in the lab, and check camp parameters. Then they eat lunch, they will then go for a walk around the base, collecting samples and doing scientific research. They will then eat dinner, chat as freely as they want, say goodnight and sleep. 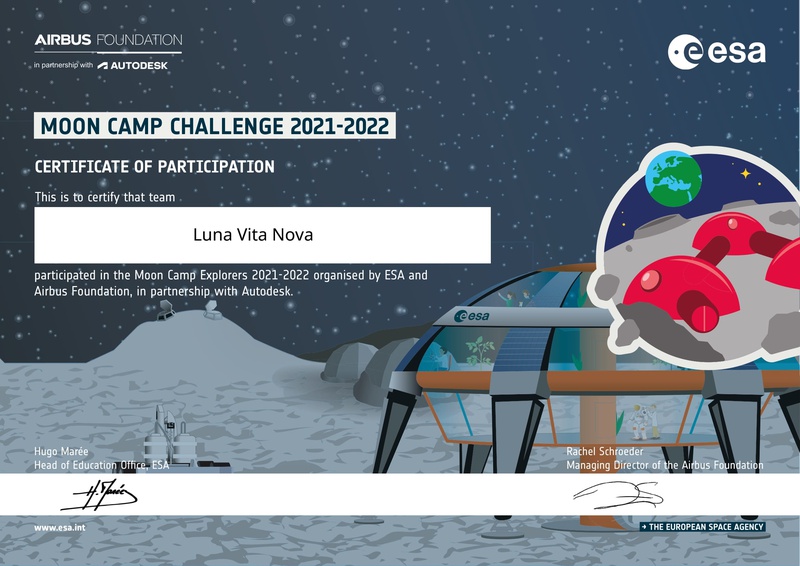 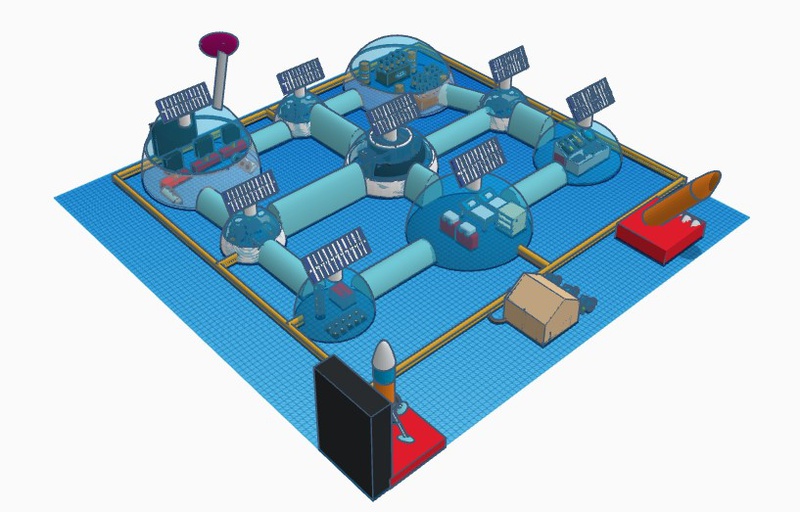 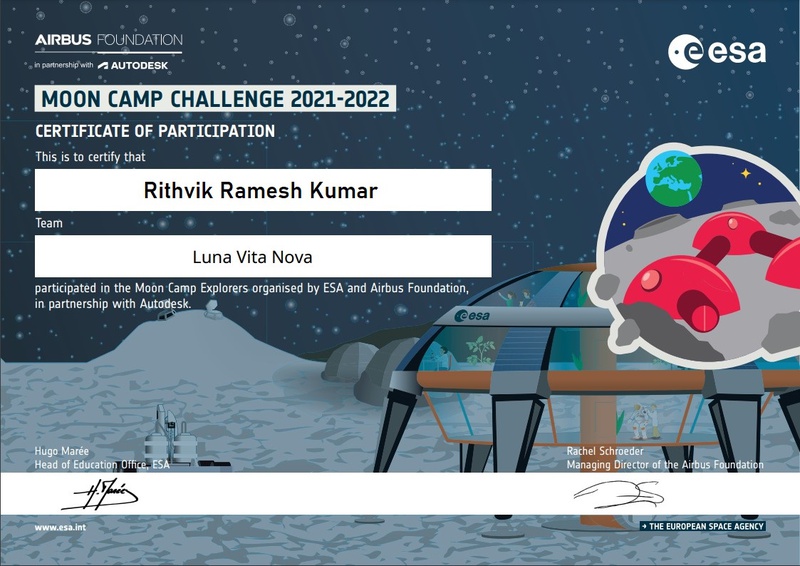 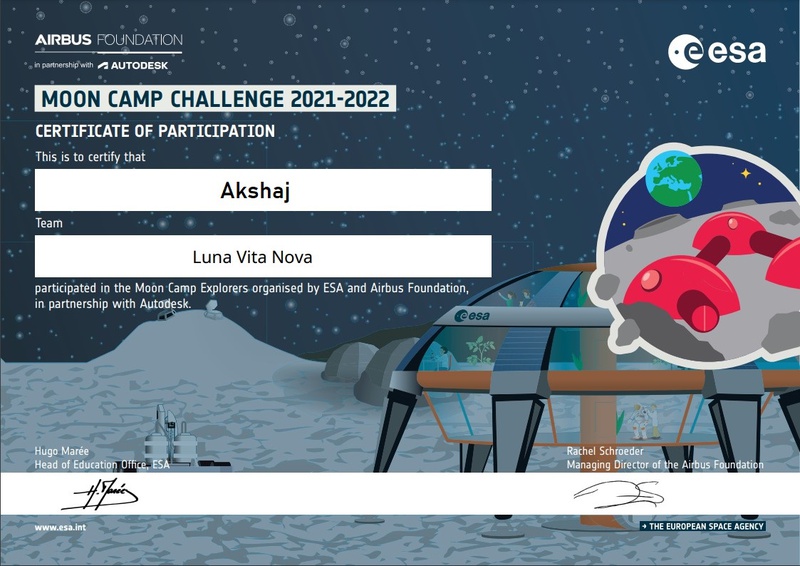 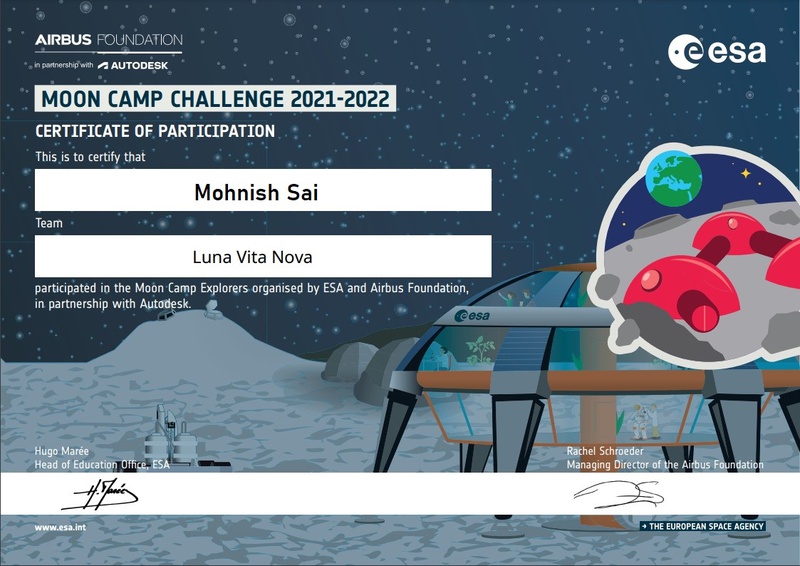 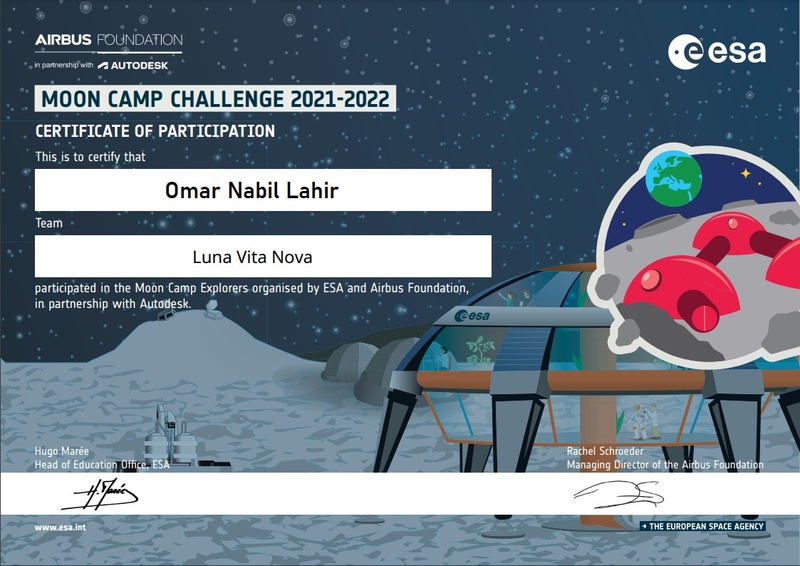 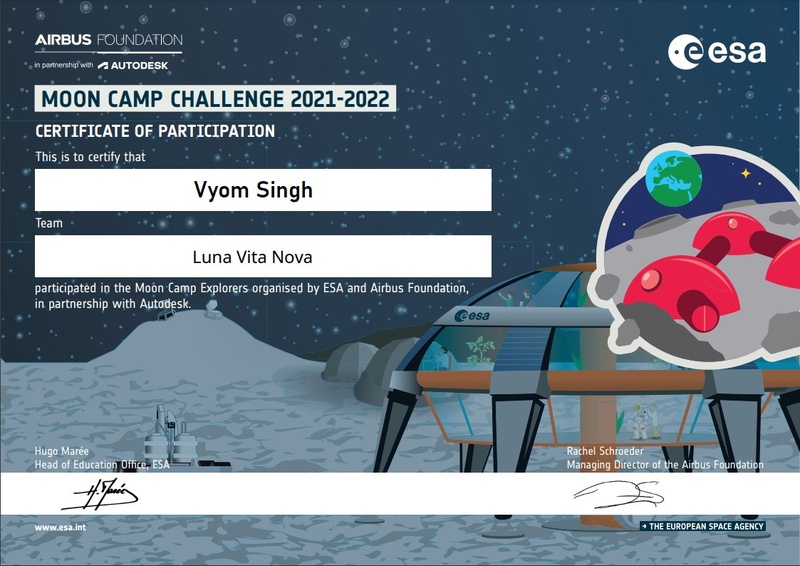