About Team: I am Pranav Sandeep
I am Saikavin Rajarajeshwaran


About project:
Our Moon Camp is called “Castra Demeter”: “Castra” is in Latin and “Demeter” is the Greek goddess of the harvest; since we have a moon camp in which we grow our own food, the name fits aptly.
Castra Demeter welcomes all who want to inhabit the moon for the advancement of science and thus the advancement of humanity itself with open arms. All arbitrary social divisions, the ones on Earth, are invalid.
We have five buildings on the surface of our moon camp: a garage for the rovers, the farm, the anti-matter reactor, the entrance to the underground of the camp and the last is the lunar control centre. Our rovers are of three types; one is for research, two are for mining and the last one is for astronauts to travel around the moon in a pressurised rover.. The lunar control centre is what controls all the rovers and is in touch with the control centres on Earth. There are satellites orbiting the moon which provide internet for the inhabitants of the camp, and gathering information about suitable places for the expansion of the Castra Demeter. We also have the LunaRocket. In the underground, there are 13 rooms. On floor -1 there is the gymnasium, the cafeteria, a room with stairs and a simulation room. On floor -2 there is the bathroom, a factory, an armoury, room with stairs and the bedroom. On floor -3 there is another bathroom, a 3-D printing room, infirmary, and a staircase room.

This location is chosen because of its size as well as its small amounts of water present within it. Most ice will be gotten from here. Drilling robots will burrow into the ice. Due to the size of this crater, it is almost always in touch with the control centres and space agencies on Earth. There is also an abundance of sunlight here which makes solar energy feasible.
How do you plan to build your Mooncamp? Which materials will you use?


A large 3-D Printer will be used to print interlocking parts so it will be easier to expand buildings without the need for destroying part of it. The material for the 3-D printer will be 30:19:29 basalt, brescia and lunar regolith paste; all these materials are abundantly available in this crater. Drilling rovers will be used to dig room-like structures, like the ones of an anthill, for the bulk of the moon camp which is under the lunar surface.

Water will be obtained mostly from ice in the craters, which will be drilled and transported by the rovers. The ice will then be melted and distilled to purify it. The water will be stored in a large tank in the moon camp. Additionally, using a machine the urine of astronauts will be filtered and used as water.

Food will be grown in the moon camp itself. Some carbon dioxide from the astronauts will be used for photosynthesis in the plants. Oxygen from electrolysis will be used for respiration in the plants. Nitrogen fixing bacteria will also be used. The crops grown are wheat, potato, onion, lettuce and garlic. The crops have been genetically modified to increase their protein content.

The electricity will be provided by solar panels and an antimatter reactor; the former is quite unreliable because the sun will only appear for 327.5 hours and does not appear for another 327.5 hours. The energy from this will be stored in solar cells. The latter, however, is very reliable and provides electricity to power the entire camp. Excess electricity is stored in fuel cells.

Oxygen is provided for the plants and astronauts by water electrolysis. The excess hydrogen is liquefied and used as rocket fuel. The carbon dioxide level is fixed by the control room to the optimum level. Excess carbon dioxide is used by plants for photosynthesis. It is also frozen into dry ice for experiments.

We have two types of protection; from asteroids and hostile Moon Camps. For the former, we have missiles to explode the asteroids into tiny pieces. These pieces will then be disintegrated by the high-power giant lasers that are situated on the surface. The miniscule debris will then be collected by the satellite that orbits the Moon Camp. The debris will then be smelted to obtain rare metals. For the protection against hostile moon camps, every able astronaut will be drafted into the war.

A lunar day will follow UTC (Coordinated Universal Time)(Military Time Format). A lunar month will have 28 days. The former half (i.e. 14 days) will be known as Apollonth and the latter, Artemonth. During Apollonth the moon is facing the sun and in Artemonth the moon is not facing the sun. During Apollonth, one will wake at 0800 and must finish one’s hygienic practices before 0830. The time between 0830 and 0930 is one’s morning leisure time. At 0930 all must gather at the cafeteria for breakfast. All must finish their breakfasts by 1000. Then, depending on the occupation of each astronaut, they must have completed their job by 1300. All must gather at the cafeteria at 1300 for lunch and must complete their lunch by 1400. The time after 1400 to 1700 is leisure time for the astronauts. At 1700, half the astronauts must go to the gymnasium and exercise till 1730, the other half must go at 1730 and exercise till 1800. At 2000 all must gather for supper at the cafeteria. At 2130 all must brush their teeth. At 2200 all must be asleep. During Artemonth, all of them may wake up at 0900; the rest of the day’s schedule remains unchanged.
The astronauts have an arsenal of weapons to choose from. The guns are very high-powered lasers that melt metal within seconds. To prevent our astronauts from getting hurt, we have designed heat-proof, reflective, flexible armour for them to wear. 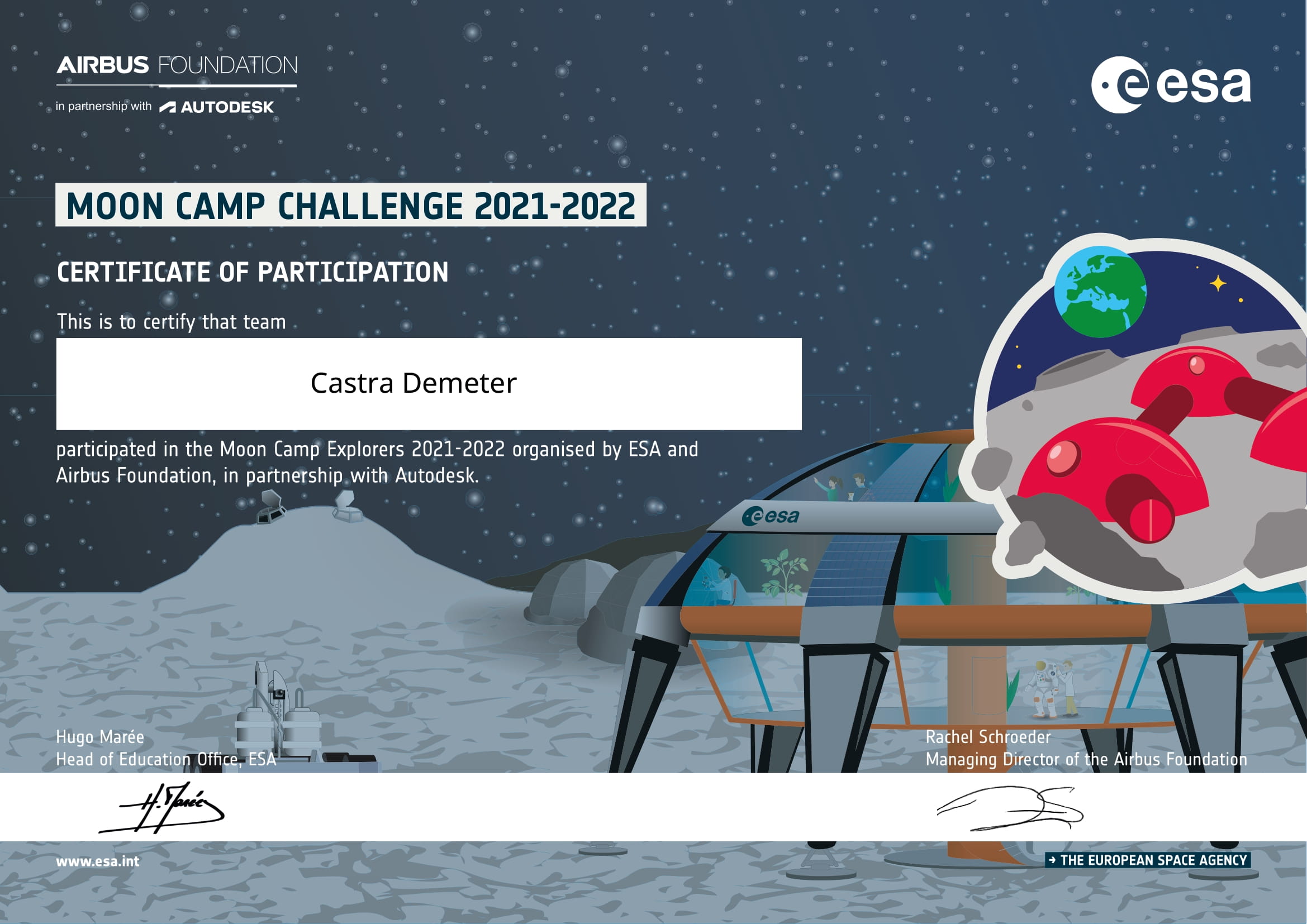 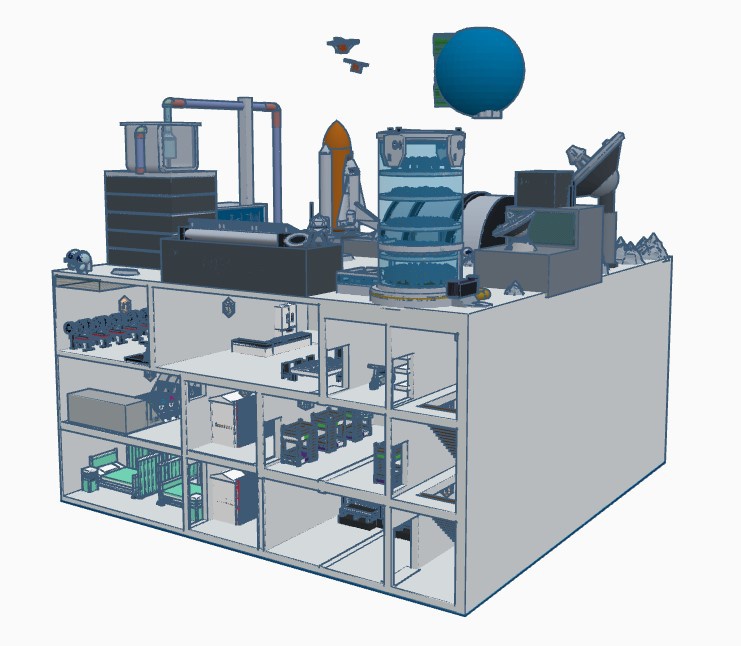 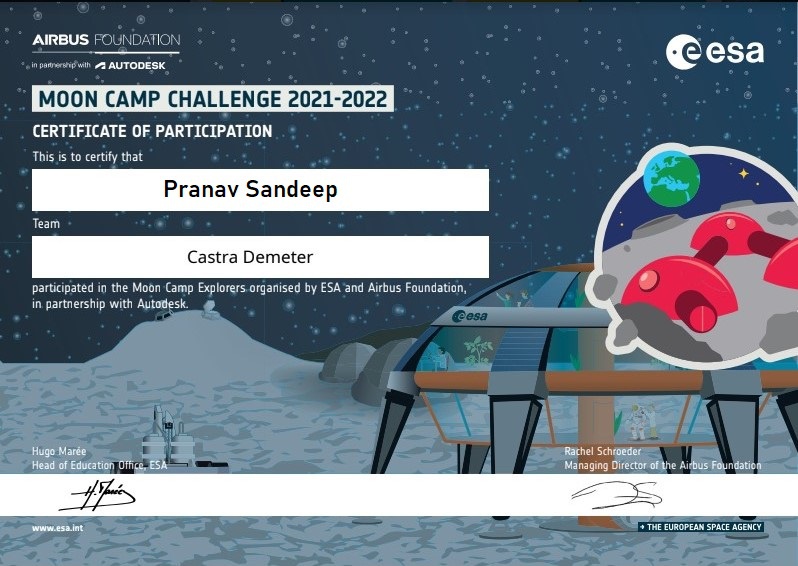 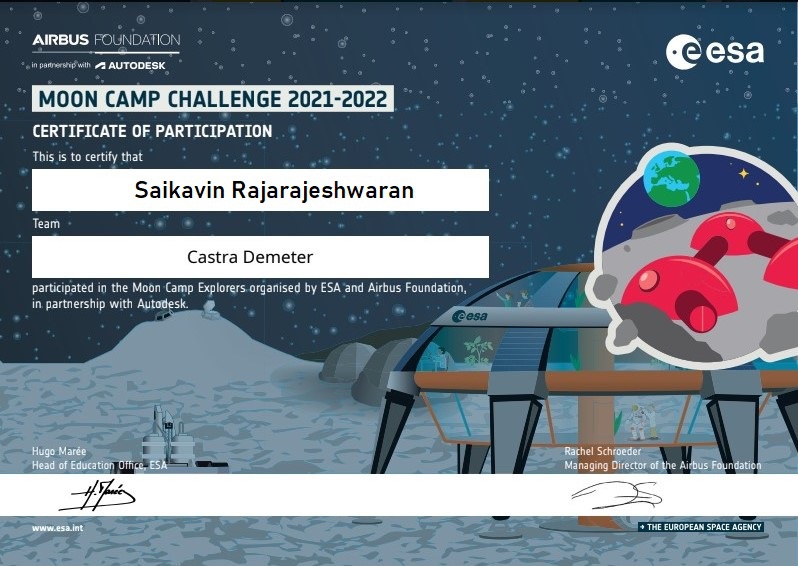