About Me: Hello, I am Archit singal studing in 8th grade from army public school,pune.

About project: How much Kilograms of Oxygen will be Needed?

1,050 kilograms of oxygen will be needed for 3 astronauts living for 6 months on the moon.

Methods for Fulfilling the O2 Requirements

We have two ways of oxygen production in the model

How does the Method Work?

We will be using the process of electrolysis to separate oxygen.

We will heat the soil to a temperature of 950 degree celcius (this temperature will be enough to provide energy to break bonds but not too much to melt the material) in the oxygen extraction chamber to provide some energy for the breaking of bonds.

The energy for the heating process will be provided through the electricity generated by the solar panel Then we will add common salt (NaCl) to it to act as an electrolyte.

Then we will pass electricity through the whole mixture. Oxygen having negative valency, will move towards the anode where it will be collected and moved in a tank to be stored through a pipe.

Then, we will be left with metallic alloys like iron-aluminium, iron-silicon etc.

Reason for Choosing such a Design for the Model

I enjoyed making the model a lot.

This model takes in account the oxygen needs as well as the electricity needs of the astronauts.

Nothing gets wasted in the oxygen production process. 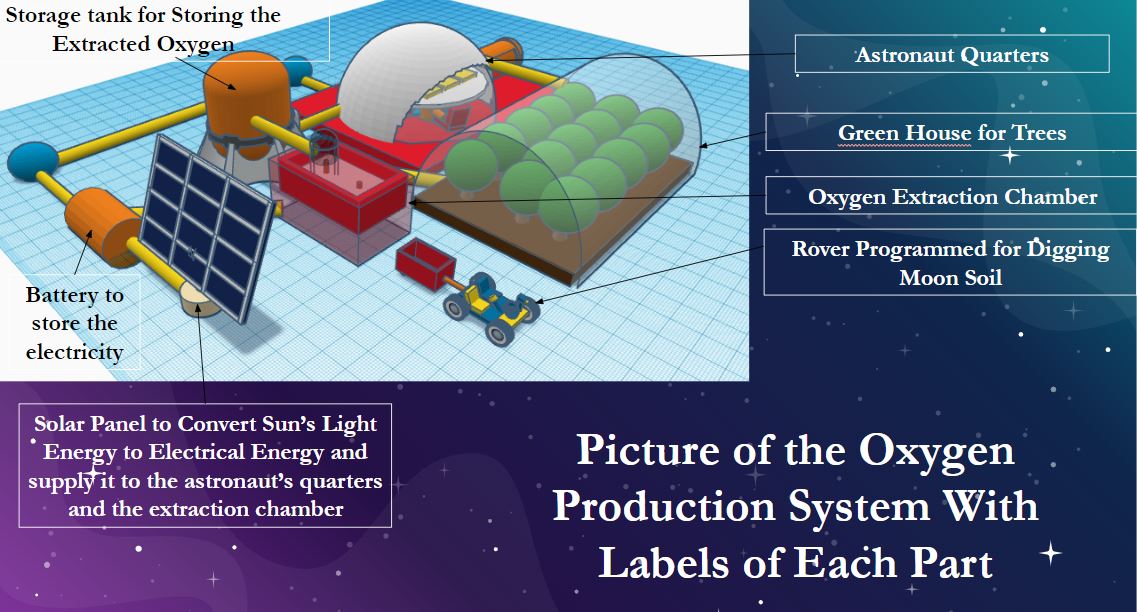 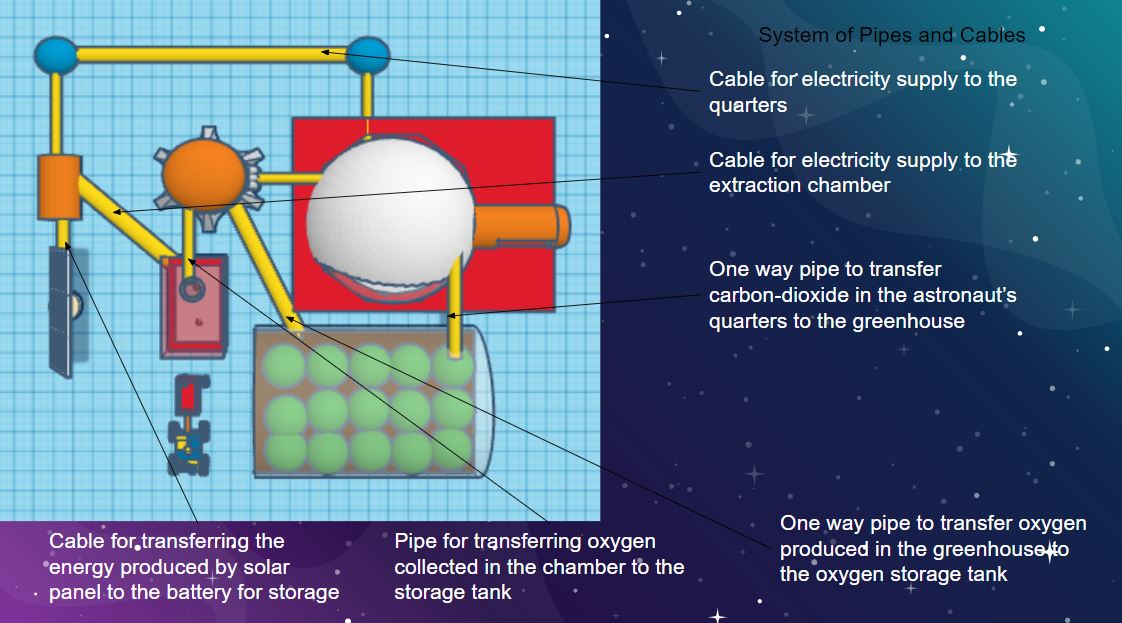